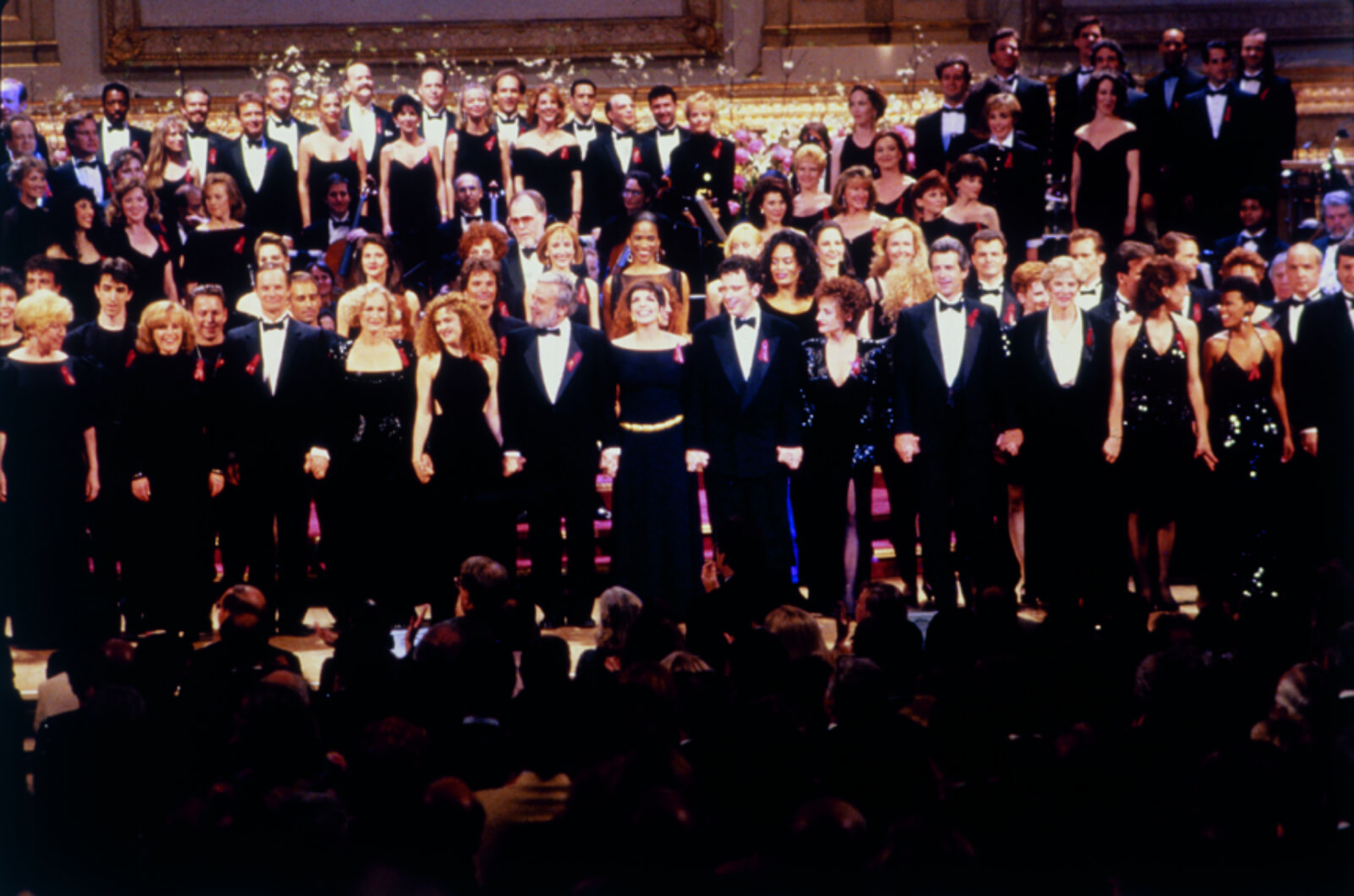 “A giddy playfulness was the dominant mood of Wednesday night's gala benefit, Sondheim: A Celebration at Carnegie Hall, a fund-raising event for the hall. The event was taped for the PBS series Great Performances and recorded by RCA Records.

The show featured more than three dozen performers of varying luminosity, including Liza Minnelli, Bernadette Peters, Patti LuPone, Glenn Close and Madeline Kahn. Paul Gemignani, a longtime associate of Mr. Sondheim, conducted the American Theater Orchestra. It was directed and choreographed by Scott Ellis and Susan Stroman, the team that put together the hit Off-Broadway revue of songs by John Kander and Fred Ebb, And the World Goes 'Round, and worked together on the New York City Opera production of A Little Night Music.

The evening's frolicsome mood was set at the beginning of the show with the appearance of Bill Irwin, who appeared onstage attached by one foot to a long cord that kept trying to drag him offstage. Clown to Conductor.

Late in the first half of the evening, Ms. Minnelli and Billy Stritch sang the concert premiere of a new Sondheim song, ‘Water Under the Bridge,’ a Latin-flavored pop ballad from the composer's forthcoming movie musical, ‘Singing Out Loud.’

For ‘Back in Business,’ from the movie Dick Tracy, the pair was joined by six dancers who slapped, tapped, kicked and wiggled while Ms. Minnelli danced atop Mr. Stritch's grand piano. Earlier Sondheim tributes have emphasized the psychological depth and classical sophistication of Mr. Sondheim's songs. This one just wanted to be fun. And it was.”