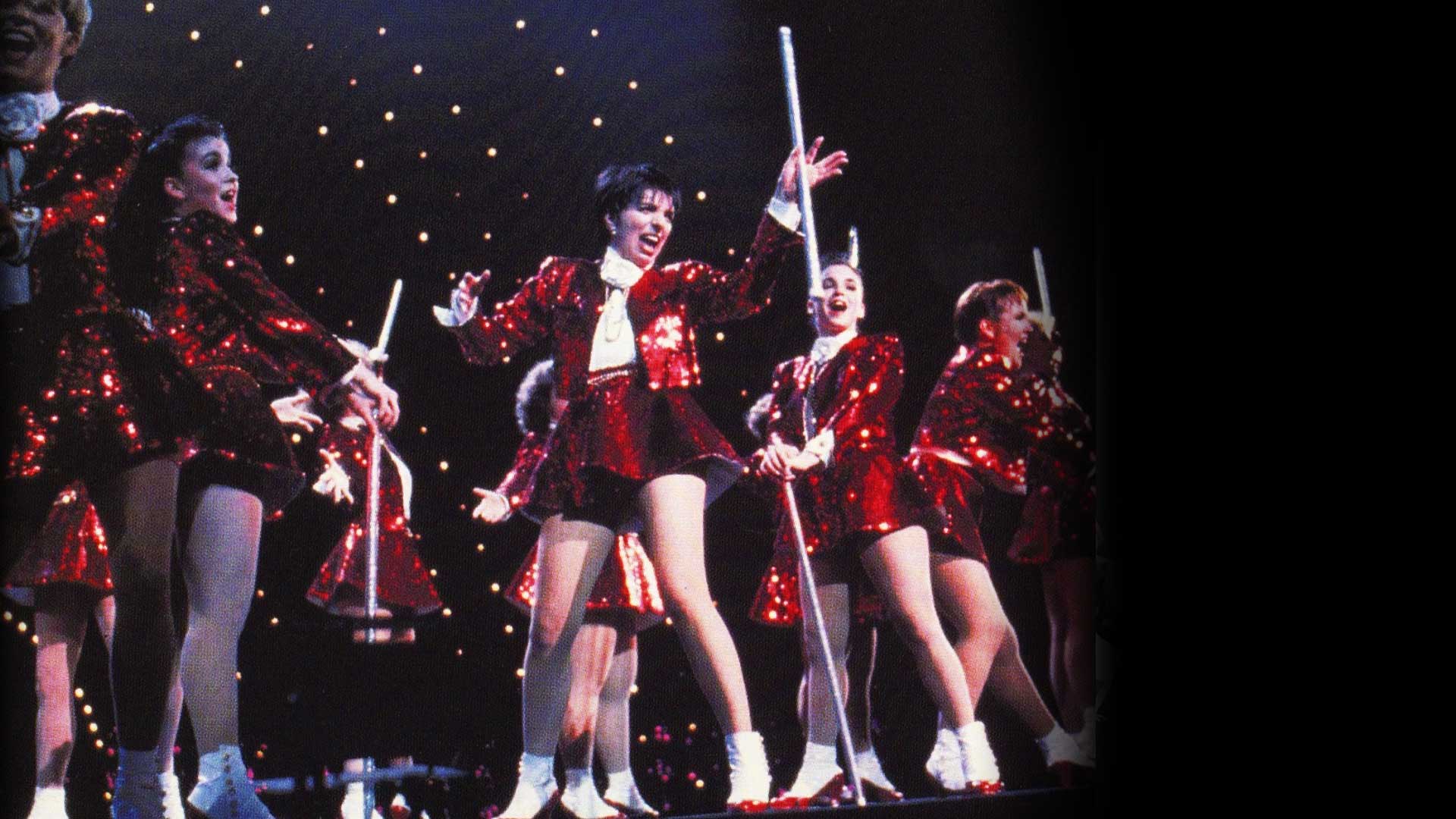 “For starters, It was choreographed by Susan Stroman, who has gone from triumph to triumph on Broadway recently - try The Producers. (And Stroman actually directed the recent movie version of that hit play.) Jazzman Billy Stritch gets credit for musical supervision. Clothing was by esteemed designer Isaac Mizrahi; Liza's makeup was by deservedly popular Kevyn Aucoin. And then, of course, we get Minelli herself, backed by a good-sized orchestra that occasionally sings too, and her ‘Demon Divas,’ a group of women that's unusually inclusive by age and size, who sing and dance like, well, demons.

Liza is a belter in the great tradition of her mother, beloved star of stage and screen, Judy Garland. Each can pack a song full of emotion while belting it out, but can still deliver a quiet one; can act out a song as few others, and can change pace on the spot.

For the first act, Minelli joins us in Mizrahi's famous white trench coat. That act is on the quieter side, with memorable solo versions of ‘Teach Me Tonight,’ ‘Old Friends,’ and a cynical number Lotte Lenya introduced in 1929 Berlin, cabaret time, ‘So What.’ It concludes with a work by the French singer-songwriter Charles Aznavour, for a lovely emotional-laden tribute to Minelli's father. He, Vincente Minelli, went from art director at Radio City, as a young man during the 1930's, to a famous director of movie musicals.

The singer speeds up the second act. She's joined on stage by the Demon Divas. During several medleys, the star and her divas give us fresh versions of favorite Cabaret tunes, a new take on her mother's ‘The Man I Love,’ a sexy, high-energy, white-gloved tribute to her close associate Bob Fosse, and a high-stepping, ever-so-appropriate to the venue, Rockette style tap dance. And soaked in sweat, lubricious in a bright red dress, she gives us an electrifying version of her signature, ‘New York, New York,’ backed by those divas, in black Mizrahi trench coats this time. The number of people who love Liza is no puzzle.”

-
Amazon
Back to PRODUCTION