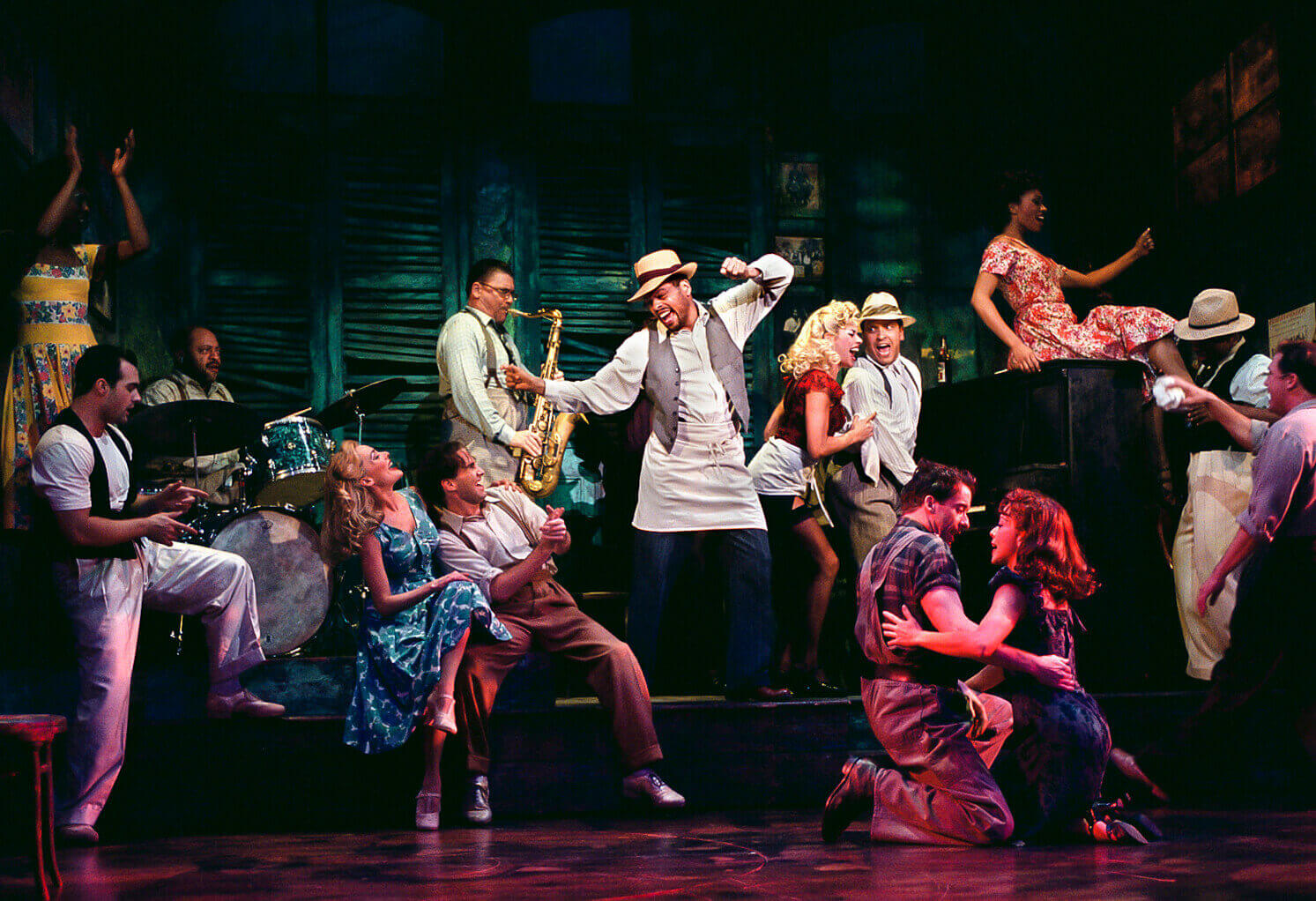 "Harry Connick Jr. does best, not surprisingly, with the Dixieland-style numbers meant to evoke the period. But he also shows impressive range, with Sondheim-esque character songs, a sweet children's ditty ("Tug Boat"), and the jabbing bass notes that italicize the moments of violence and sexual heat.

The second thing that transports this musical is Stroman's lyrical and sensuous choreography, wonderfully danced by Levering,. In the climactic seduction scene in Therese's bedroom, Levering slithers and writhes and wraps her legs around Bierko as seductively as Cyd Charisse used to envelop Gene Kelly. Not only is this a rare Broadway musical where the dance numbers actually illuminate character and enhance the story; it's also one of the few that manages to portray sexual passion convincingly. Seldom do I believe that a couple onstage are really attracted to each other. Here I do. I was happy to have seen a musical that takes on a nearly impossible task — creating an entertaining musical out of grim tragedy — with originality and flair."

-
Time
Back to PRODUCTION