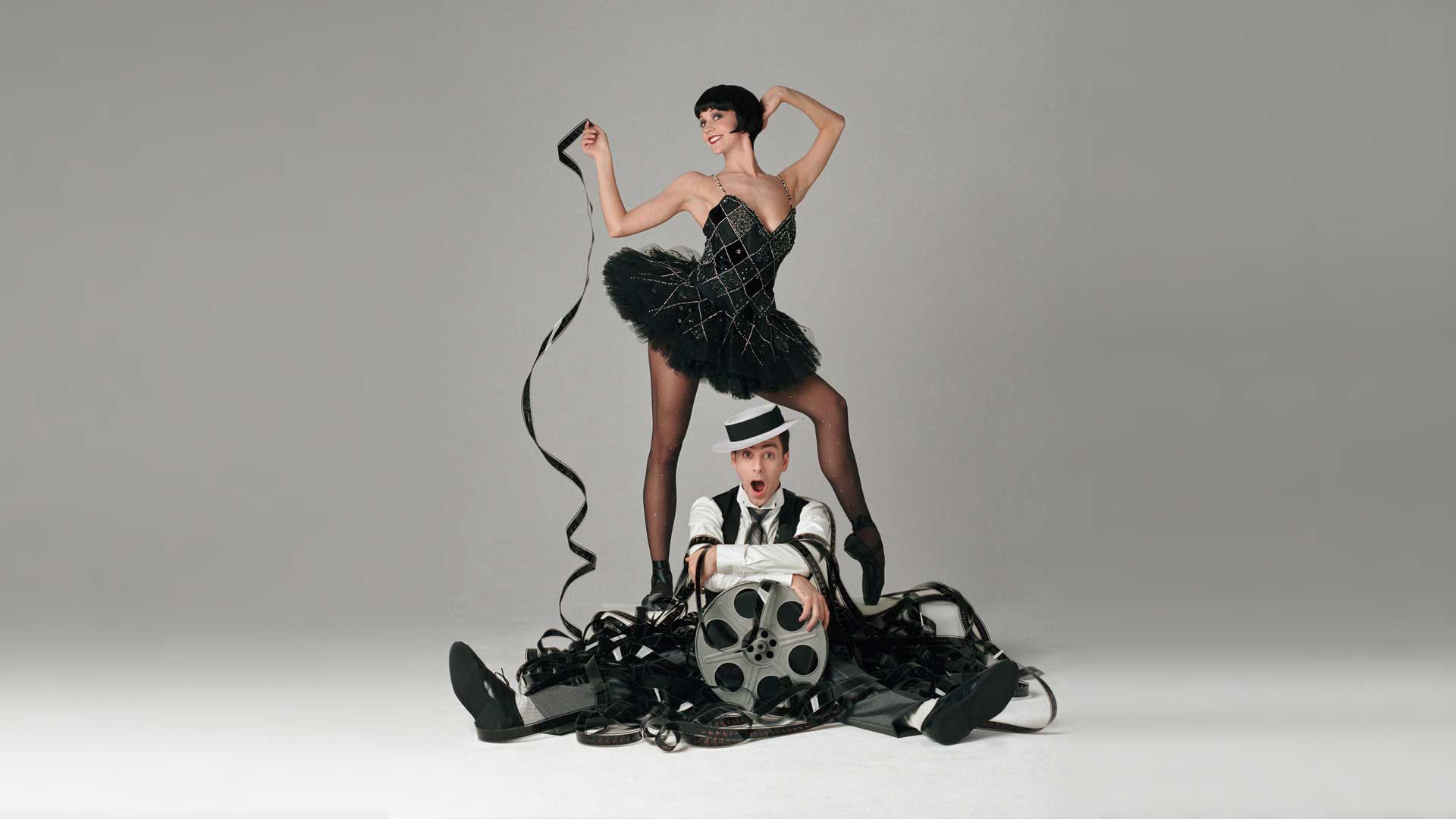 “Double features and the silent movie era were a thing of the past long before I started going to movies, but as a student of the arts, I always find it to be such a treat when an anachronistic piece comes my way. And it was a treat, indeed, to watch Susan Stroman’s Double Feature at City Ballet.

This double feature consists of The Blue Necklace and Makin’ Whoopee! The former uses a selection of Irving Berlin songs while the latter is set to tunes from Walter Donaldson. (Stroman and Glen Kelly are credited with the libretto for both.) I never would have thought of it, but ballet lends itself to silent film because both mediums are forms of silent storytelling. (This seems so obvious – I don’t know what I never made this connection.) In both pieces, Ms. Stroman (For the Love of Duke, The Scottsboro Boys) succeeds in melding these two art forms, creating theatrical, engaging and wonderfully danced narrative ballets.”

-
Reviewing the Drama
Back to PRODUCTION