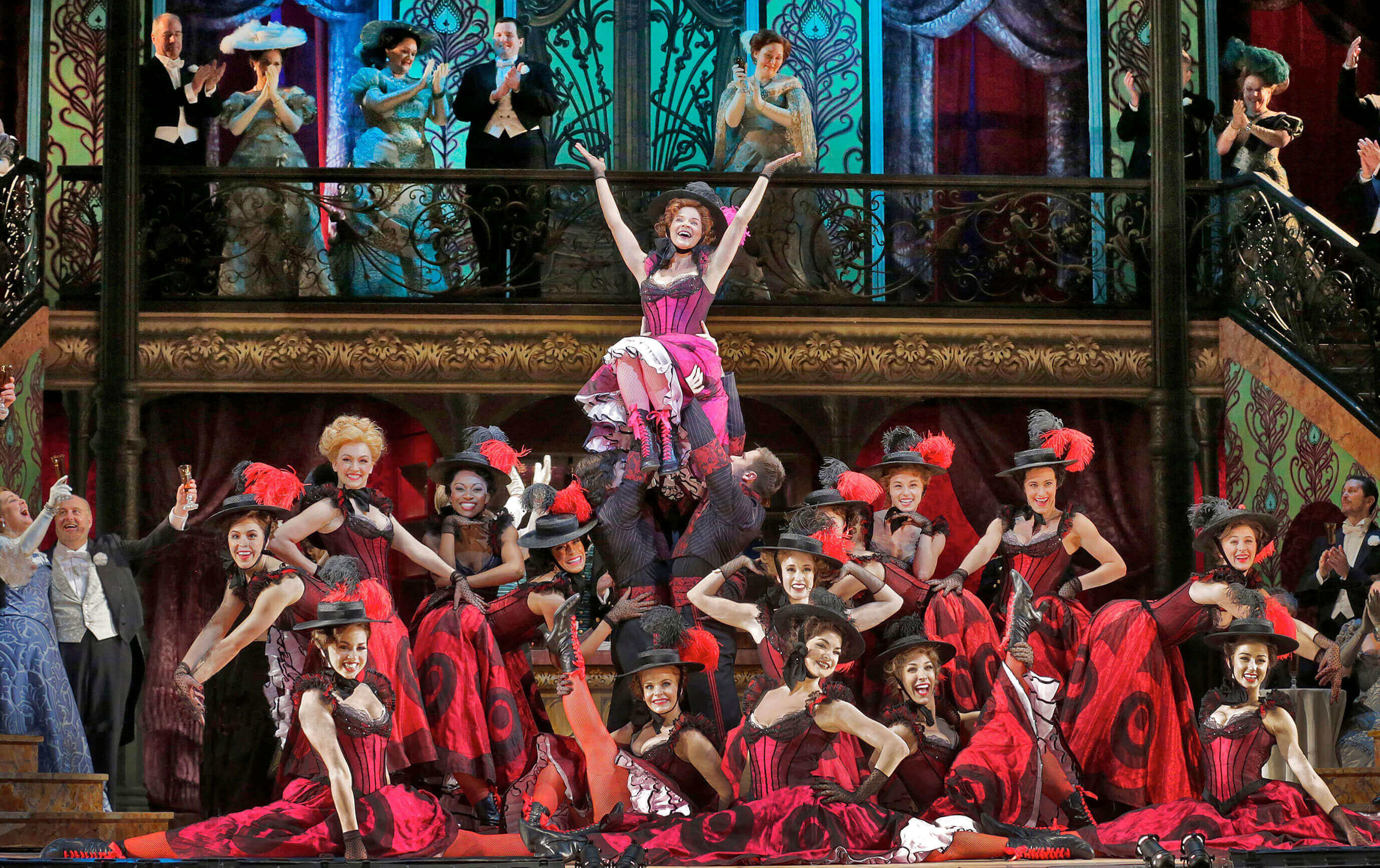 "The Met has replaced the 2000 production of The Merry Widow with the high-stepping, all-American good cheer of the choreographer and director Susan Stroman’s new version, which opened on New Year’s Eve. Stroman’s transformation succeeds most with those who are best suited to it: the Broadway star Kelli O’Hara (in a solid Met début), in the role of Valencienne; the suave and versatile baritone Nathan Gunn, as Danilo; the venerable Thomas Allen, as winning as ever in the buffo role of Baron Zeta; and, not least, a captivating troupe of singing, dancing Grisettes."

-
The New Yorker
Back to PRODUCTION