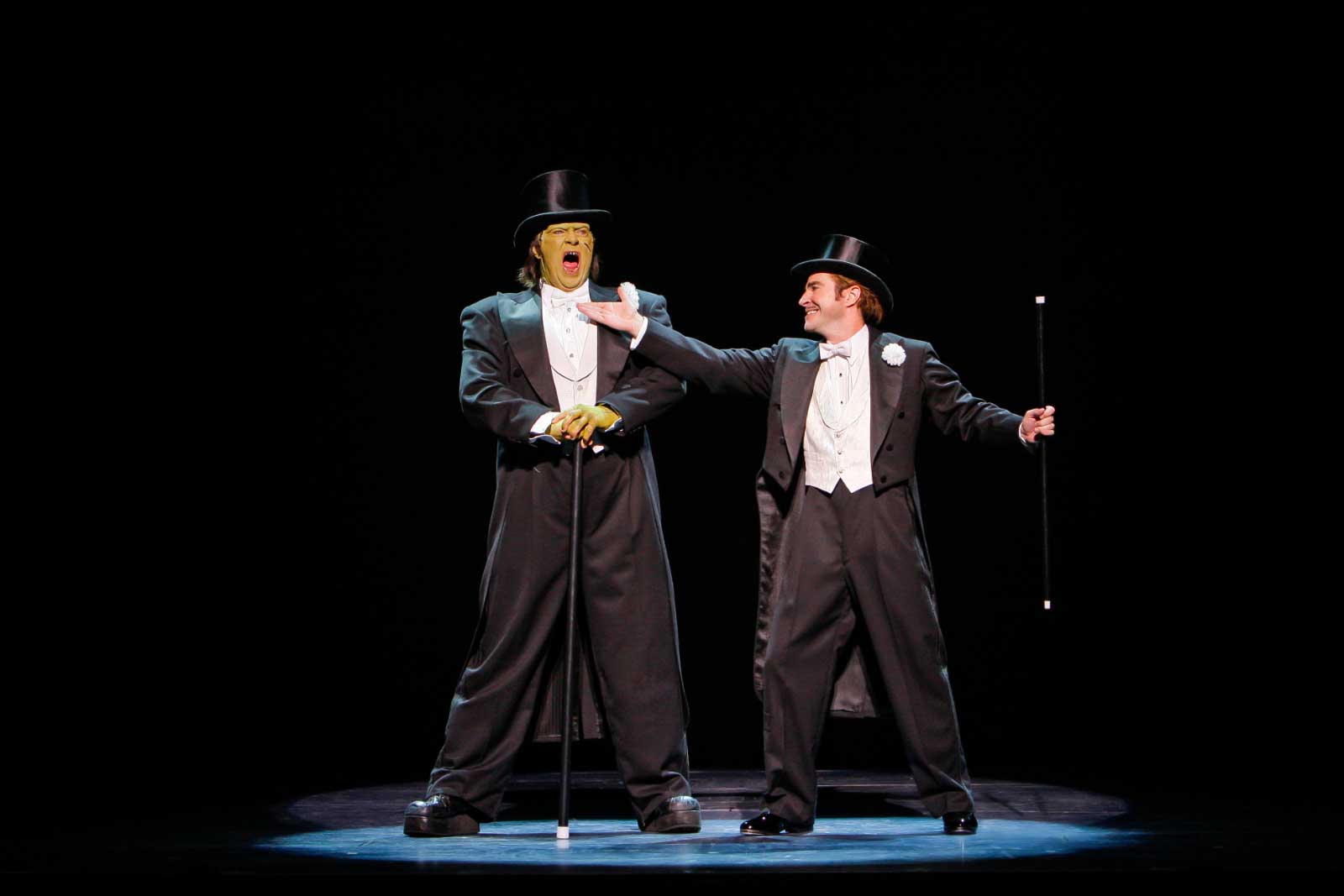 "…A good deal of the credit also goes to director-choreographer Susan Stroman, who works her magic just as she did with The Producers. Not the least of her many bright inventions is an 11 o'clock number she joyfully builds around Irving Berlin's interpolated standard, ‘Putting on the Ritz,’ where she shows off the tamed monster (a comically braying Shuler Hensley) and an accompanying chorus in top hat, tails, and platform boots. Although that extended turn is the tuner's pinnacle -- and puts the amusing but slighter Brooks score in the shade -- cute-enough numbers are handed around to the troupe of scene-stealers sharing the stage and immensely enjoying themselves… Brooks loves clowns, so it's no surprise that he and Stroman keep this rowdy collection singing and dancing sufficiently well to get patrons as happy as Transylvanians learning that Victor Frankenstein has gone to his reward.”

-
TheaterMania
Back to PRODUCTION