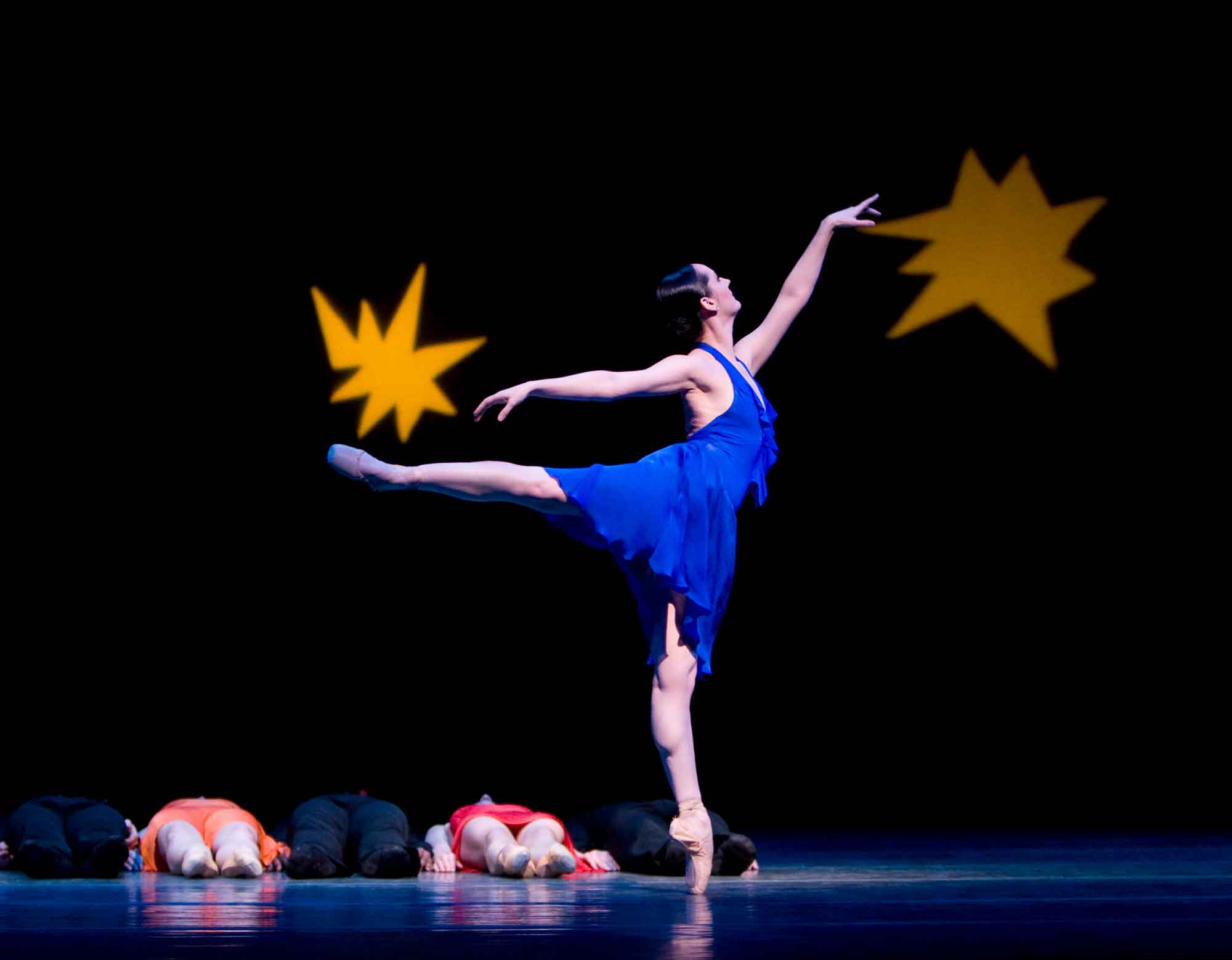 “Susan Stroman built her reputation on Broadway, but a recent commission for the Pacific Northwest Ballet demonstrates (as did her Double Feature at New York City Ballet) that she can stretch her talents to other facets of dance as well. Take Five… More or Less, which debuted in April as part of the ballet’s Laugh Out Loud! Festival, fittingly culminated the first of the company’s three performances in Vail. With the six women on point, Take Five was easily the most overtly balletic of the evening’s five selections, even as it drew heavily on soft shoe and show dancing. Set to a trio of favorites by Dave Brubeck and Paul Desmond, the movement is infused with a jazzy flavor, from the feet and finger tapping in Kaori Nakamura’s comedic opening solo to a catchy combination that consists of dancers clasping their hands behind their backs while touching the soles of their feet together during short leaps.

The most inventive choreography came in the ‘nighttime’ section, in which the elegant Miranda Weese glides over and darts around five contiguous, supine dancers. They provide her support as needed: an upstretched arm for balance or a pair of knees folded upward for a place to sit. At one point, while still on the floor, the five criss-cross their bent legs in a synchronized bit reminiscent of an MGM musical.”

-
Dance Magazine
Back to PRODUCTION