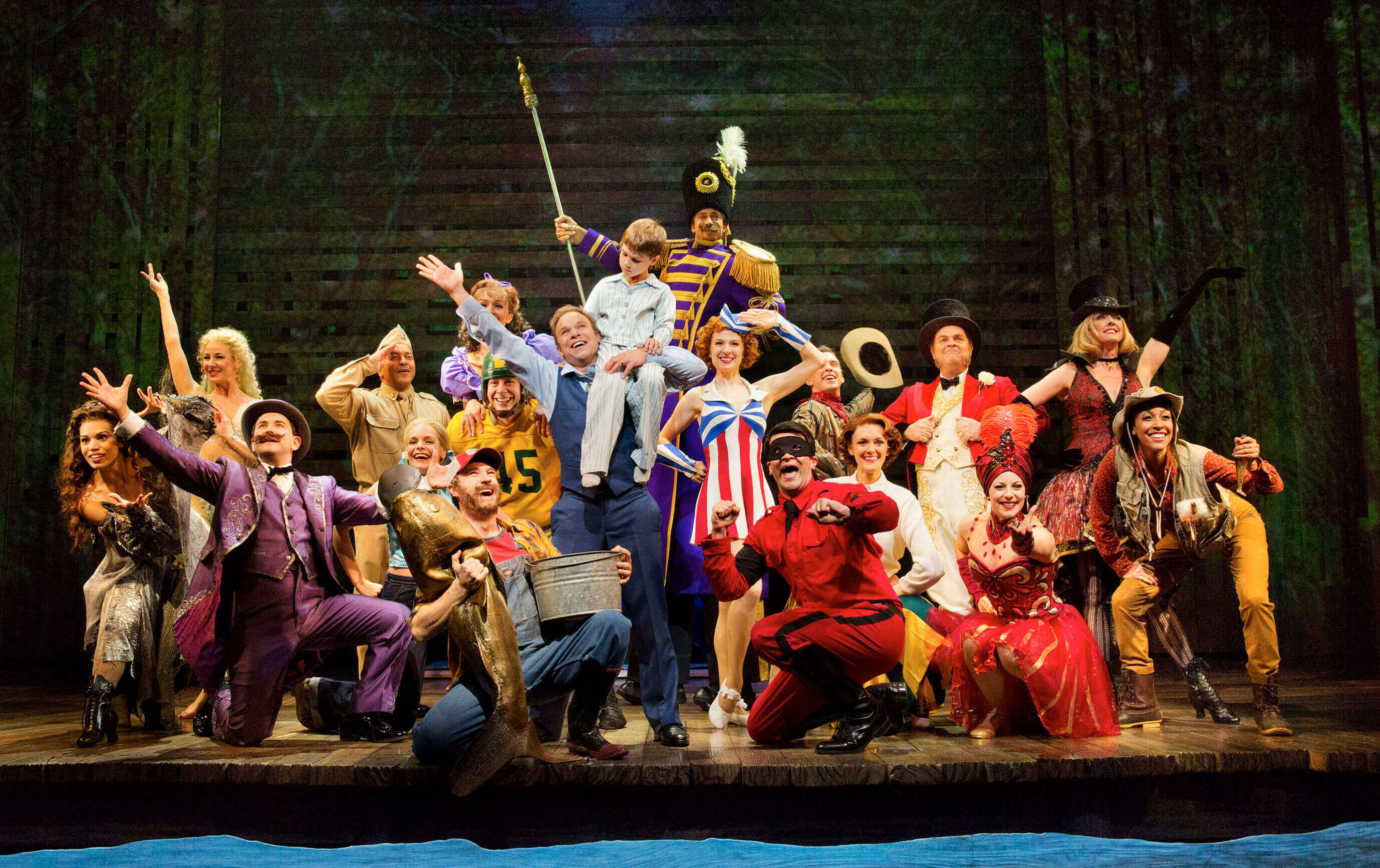 “Magic of the original story... undeniable magic of her own."

"There's a stunning dance scene in which Benjamin Pearcy's projections are broadcast on William Ivey Long's sumptuous cloaks. There's a fun moment between Butz and a giant — an excellent Ryan Andes, channeling Monty Python — who have a good song called ‘Out There on the Road.’... And the act ends with daffodils sprouting from every corner of the stage, a beautiful tour de force from set designer Julian Crouch that would be enough to end most musicals on a high.... After intermission, a big, bombastic song — ‘Red, White and True,’ complete with nine dancing USO girls whose bodies spell out ‘U S A’ — proves no one wants to take their foot off the gas. It could easily be the 11 o'clock number in any other musical... Stroman keeps the action flowing flawlessly — and her actors moving through an impossibly complicated world — and clearly knows when to let the beauty of the moment simply shine. She captures the magic of the original story and has created some undeniable magic of her own."

-
The Associated Press
Back to PRODUCTION