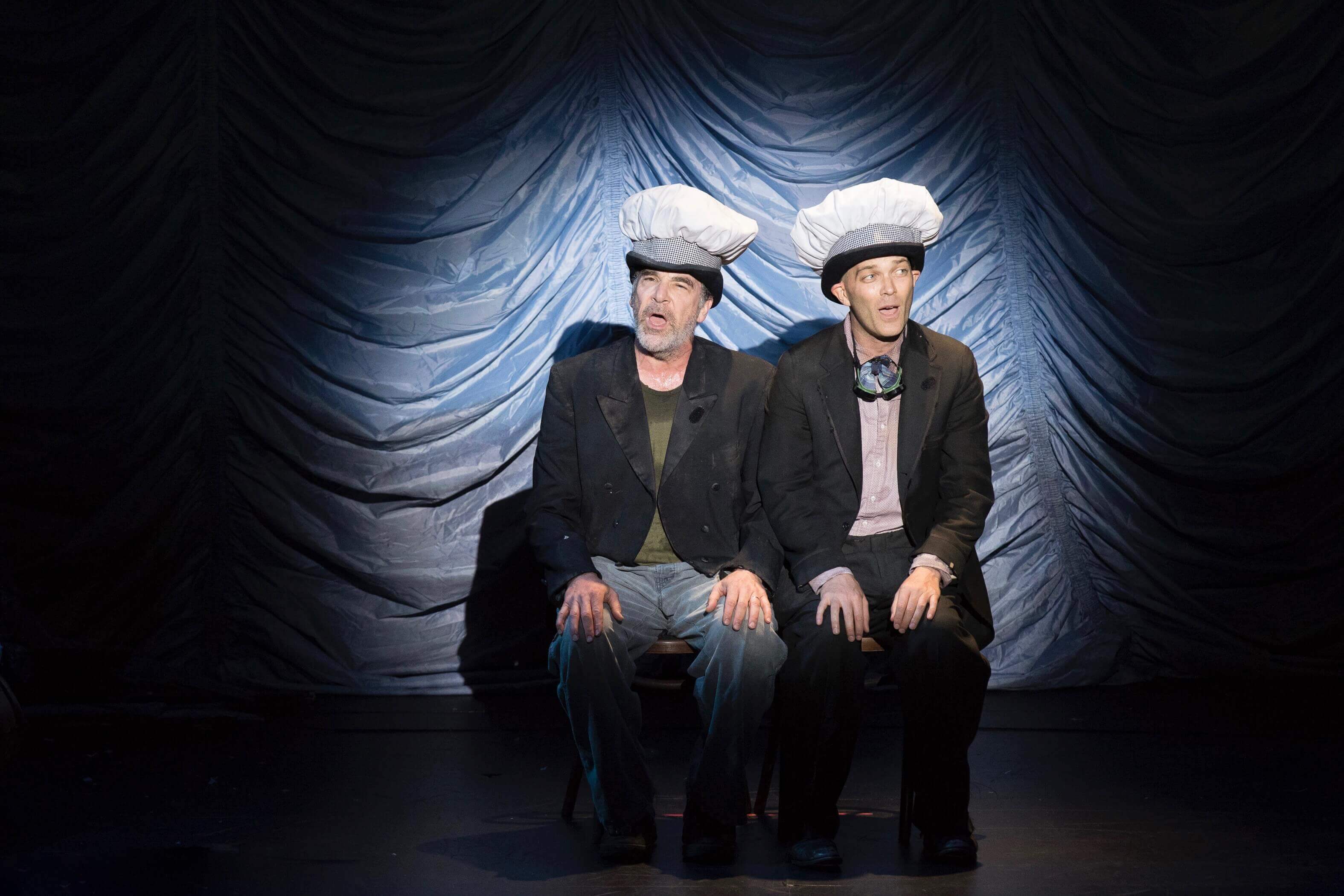 “Odd and often exhilarating show… feels like a Beckett play”

“The director and choreographer putting these two through their strange paces is Susan Stroman, whose work on Broadway (including The Producers) mostly falls within musical theater tradition. Stretching in new directions is a necessity for artists of any age or caliber, and all three deserve a round of hearty applause for concocting (with Paul Ford, the music director) this odd and often exhilarating show, which feels like a Beckett play — specifically Waiting for Godot — with the gnomic words replaced by more than two dozen tunes from the (mostly) American pop and Broadway songbooks."