Peter Martins invited Robert La Fosse, Garth Fagan, and me to create new ballets using the Ellington music of our choice. Wynton Marsalis – the great jazz trumpeter and artistic director of Jazz at Lincoln Center – worked closely with us on the music. I was thrilled to know his Lincoln Center Jazz Orchestra would be playing with us onstage.

I picked two songs – Ellington’s “It Don’t Mean a Thing (If it Ain’t Got That Swing)” and “Lotus Blossom” written by Billy Strayhorn, which became an Ellington classic. The first song I chose for its infectious quality and exciting crescendo, the second for its melancholy yet romantic melody.

With these two quintessential melodies, I created a story about a wallflower ballerina named Blossom and a triangle player named The Musician. Blossom was played by the extraordinary Maria Korowski.  She is dressed in a blue Degas tutu. We find her in a club with six flappers dressed in red with their dapper, black-suited boyfriends. As the song “It Don’t Mean A Thing (If It Ain’t Got That Swing)” cooks and sizzles, it becomes clear that Blossom has no rhythm. She determinedly tries but fails to fit in with the surrounding Jazz Cats.

The consummate danseur, Robert La Fosse, played the role of The Musician, who is planted in the orchestra as the nerdy triangle player. He becomes mesmerized by Blossom, eventually stepping out of the orchestra to help her learn how to dance. As he does, the music shifts to the lyrical “Lotus Blossom.”

Blossom and The Musician do a romantic “love at first sight” pas de deux, which ends with a kiss on the hand. The kiss sends a shock wave through Blossom’s body – her heart beats faster and faster, she feels the rhythm inside her and the band starts to pick up tempo. As she dances to the beat, beaming with emotion and verve, her blue tutu instantaneously transforms into a red flapper outfit – a magical moment courtesy of the brilliance of costume designer William Ivey Long. Blossom is joined by the other dancers who follow her lead and dance her steps. Blossom and The Musician swing dance and lead the company to a blow-out jazz finale. Maria Korowski and Robert La Fosse were a treat, acting and dancing the piece with humor and heart.

What a gift to have a group of dancers with such strong technique to infuse the choreography. I relished the opportunity to stretch my own vocabulary. It was a privilege to choreograph to Ellington’s music, to work with Wynton Marsalis, and to create a story told by New York City Ballet’s incredible dancers about how jazz and the power of a kiss can transform even the most vulnerable wallflower in all of us. 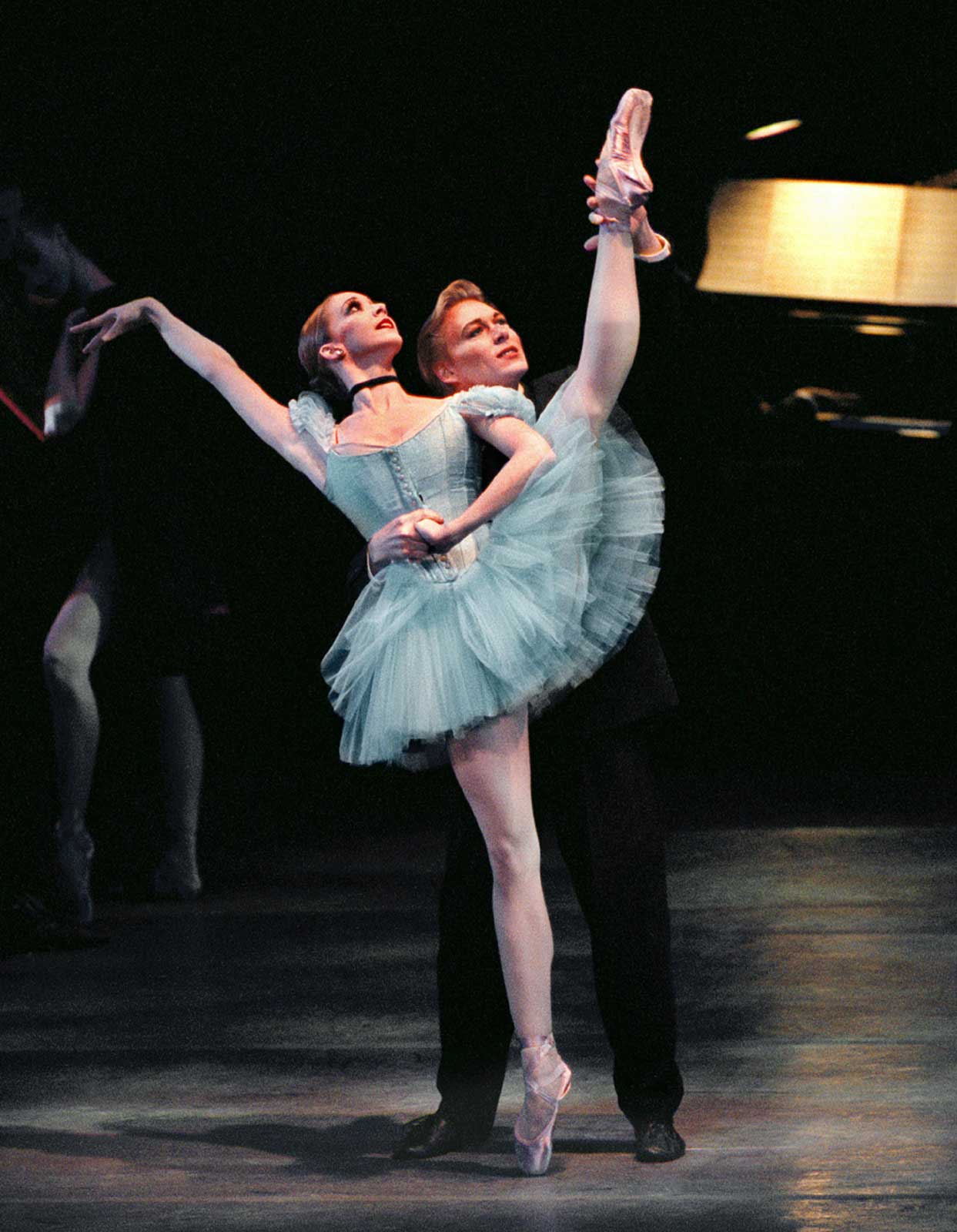 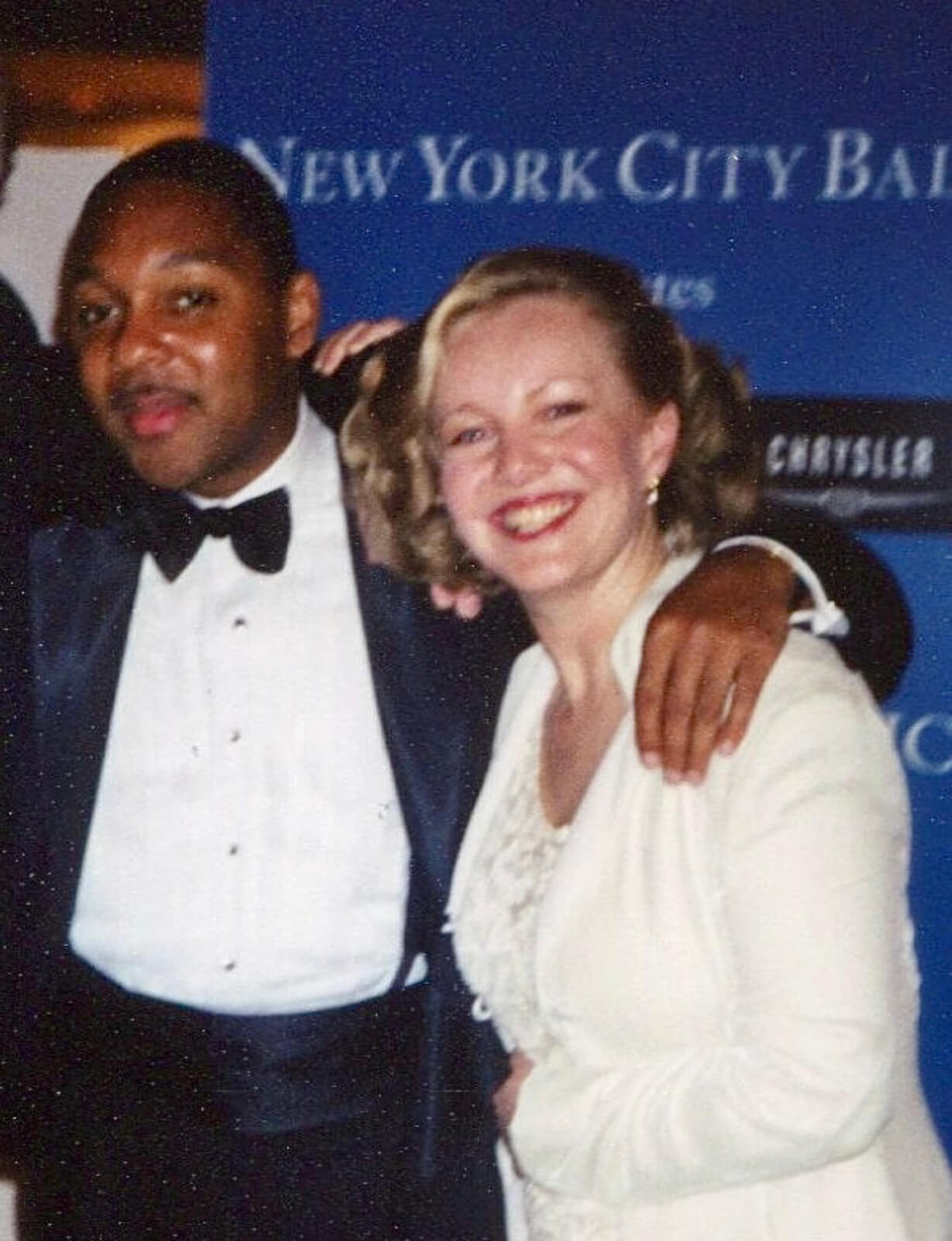 Wynton Marsalis and Susan Stroman on the Opening Night of Duke! 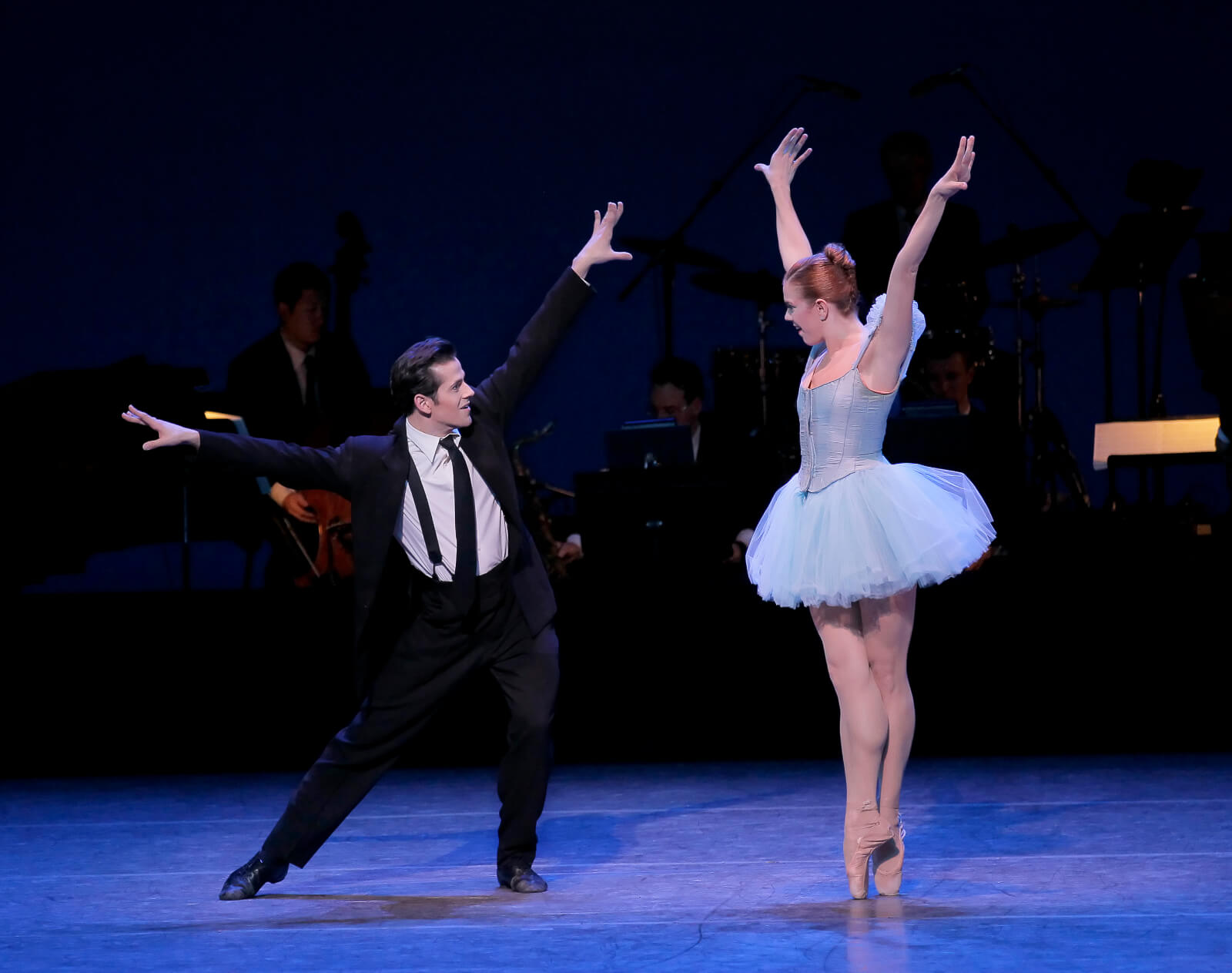 A pas de deux to "Lotus Blossom" between The Musician (Robert Fairchild) and Blossom (Savannah Lowery). 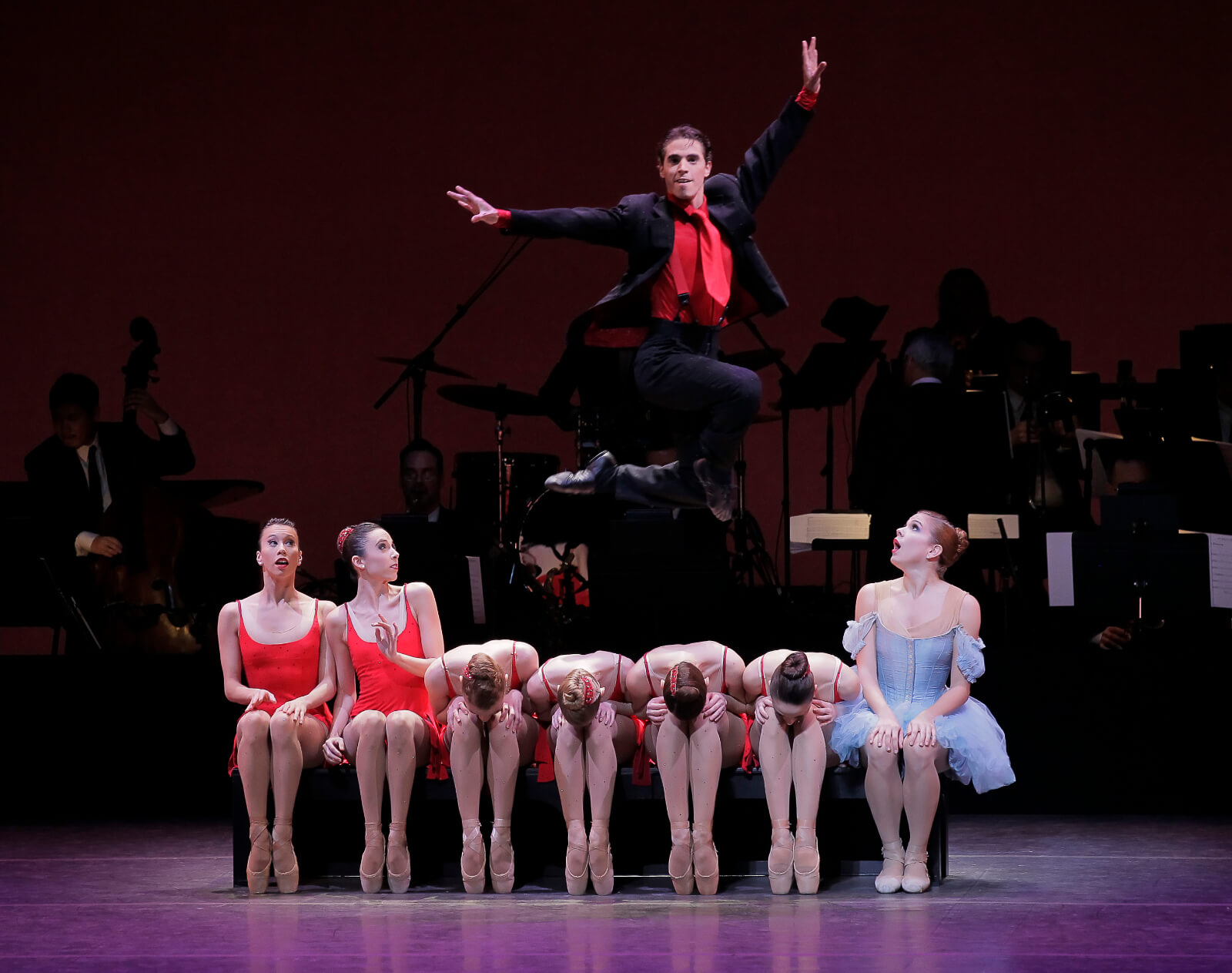 Sébastien Marcovici leaps over the flappers in "It Don't Mean a Thing if it Ain't Got That Swing". 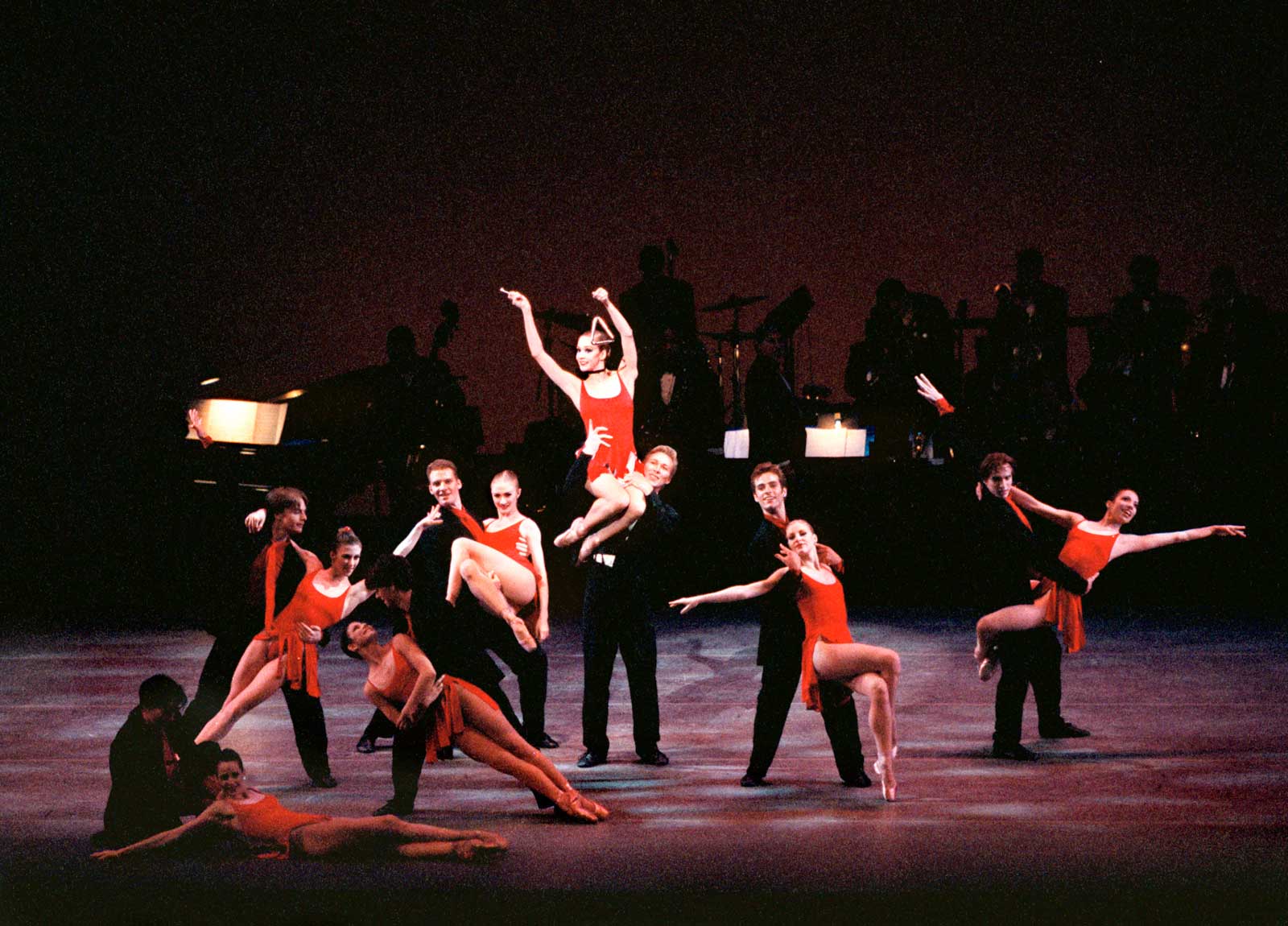 The full company of Blossom Got Kissed. 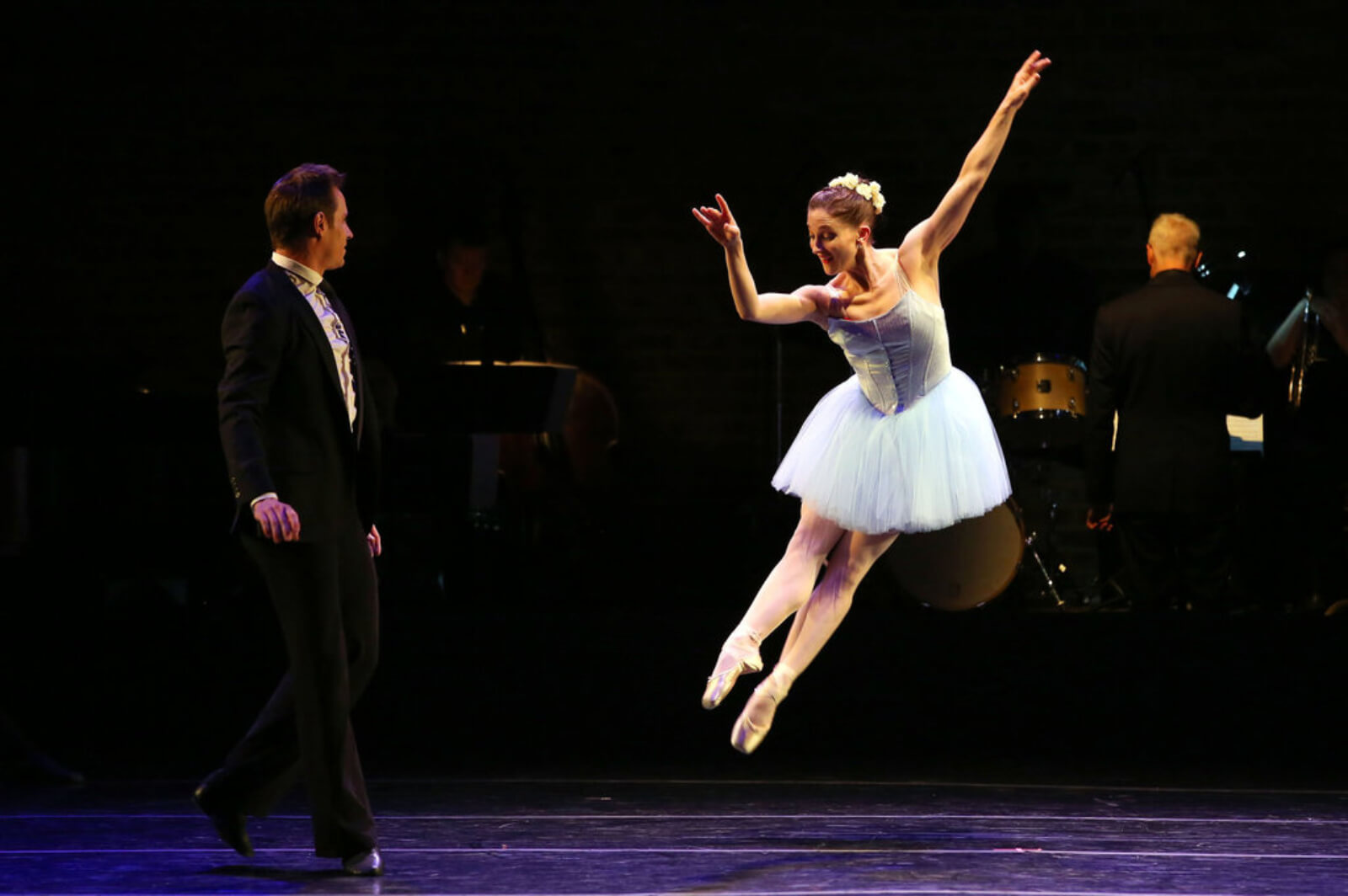 Ashley Bouder dances the role of Blossom in Blossom Got Kissed. 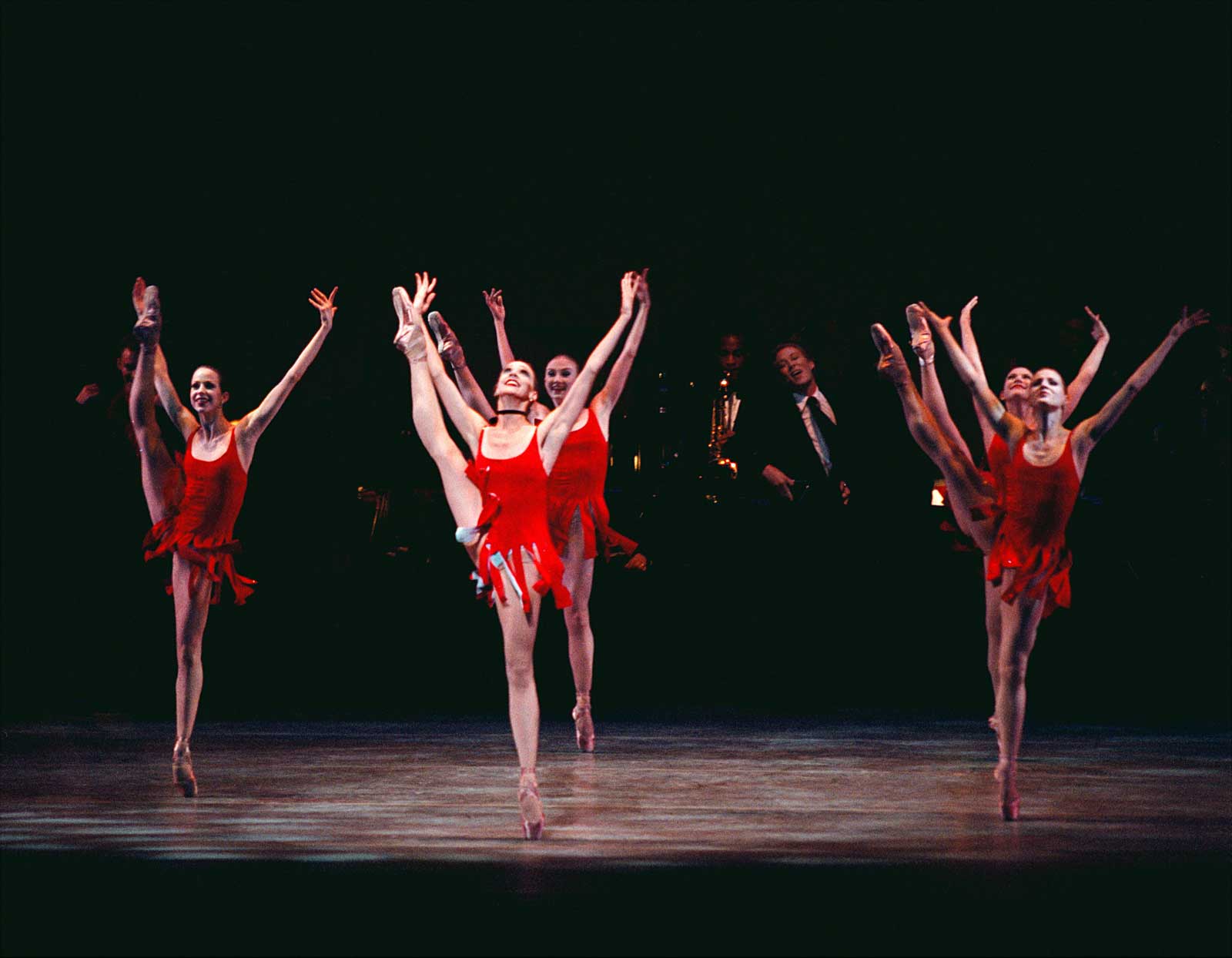 Dancers in "It Don't Mean a Thing if it Ain't Got That Swing".

The company of Blossom Got Kissed form a line to move downstage. 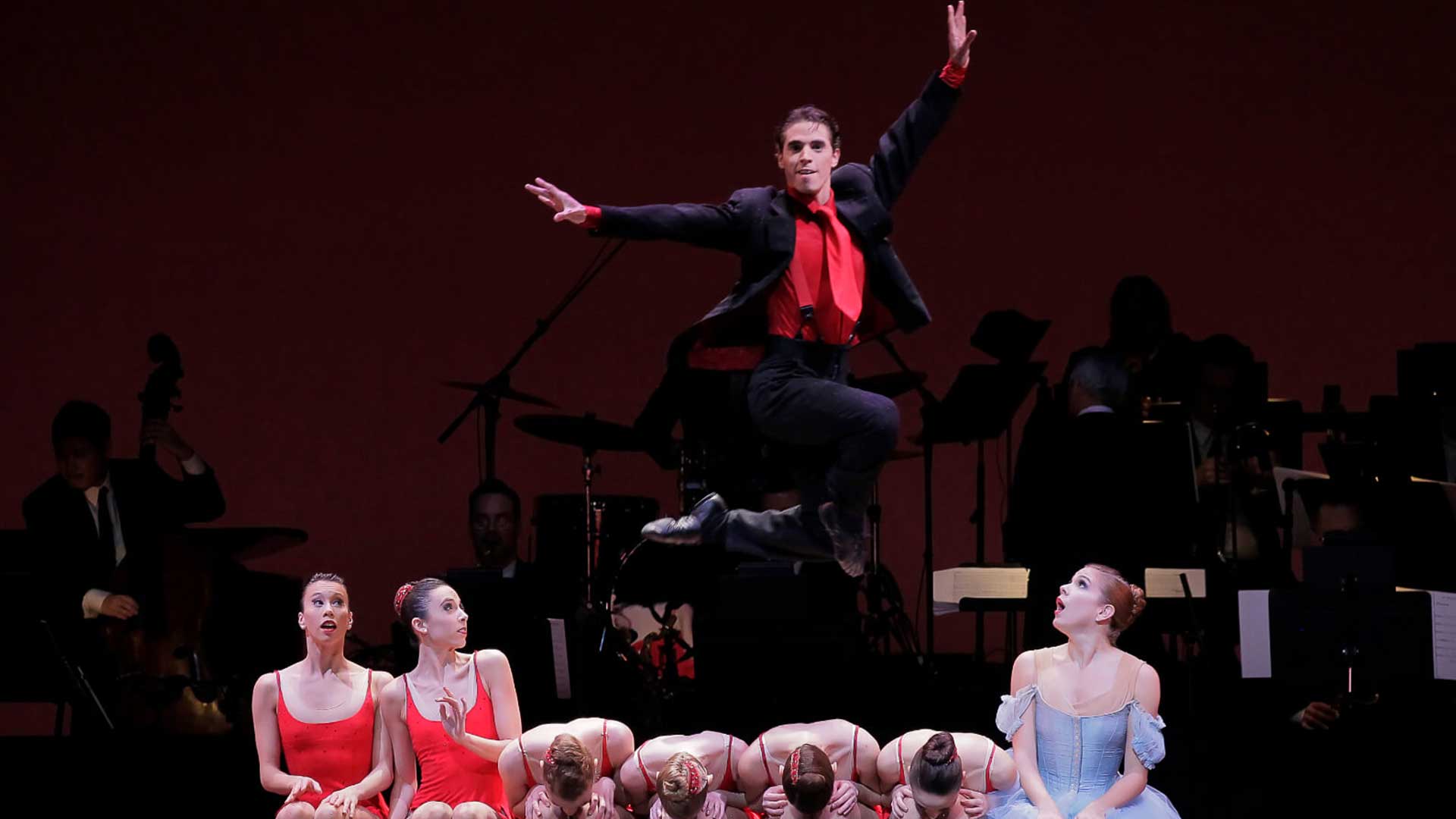