Colman Domingo and I were in rehearsals for The Scottsboro Boys in London when we decided to have lunch together in Covent Garden. In between our tea and crumpets, Colman spoke about his new play Dot. The story revolved around an African American family in West Philadelphia facing the reality of their mother’s dementia. I had a brush in my own life with a loved one suffering from early-onset Alzheimer’s, so I knew a great deal about reckoning with this disease and its painful heartache. Colman asked if I would be interested in directing. I was honored that he would entrust his beautiful play in my hands. I said “yes” right away. I knew I would be able to help the actors understand the disease – how to have honest reactions as observers and how to portray someone enduring it.

The Vineyard Theatre agreed to produce Dot. I was excited about returning to the Vineyard under the producing prowess of Doug Aibel and Sarah Stern. And I looked forward to being in the trenches with Colman again – I love and believe in his talent and art with all my heart.

Colman and I grew up in the same area – he was from West Philadelphia and I was 20 minutes away in Wilmington, Delaware. We shared stories of Tastykakes, cheese steaks, Charles Chips, and the love of the Philadelphia Sound. When I read his play, I found it hilariously funny and at the same time heartbreaking. The family he created jumped off the page.

Colman really has a command of the language – his words ring true. He writes his dialogue with a dry sense of humor that needs to be delivered at a quick pace. He captured the complexities of family by constantly overlapping dialogue.

Marjorie Johnson was cast as Dotty, the matriarch of the family and the character afflicted with memory loss. She played the role with strength, humor, spirit, and touching grace. Never was she self-pitying. She is surrounded by her three children – Shelly (Sharon Washington), Donnie (Stephen Conrad Moore), and Averie (Libya V. Pugh). Shelly gathers them in the family home for Christmas so they may witness what is happening to their mother and have a conversation about the future. And, as in most families, each child has a different way of coping with the situation.

Sharon Washington played the beleaguered eldest daughter Shelly. Sharon truly understood how to deliver Colman’s dialogue. Her pacing was perfection and her words snapped and crackled. It was a treat for me to work with Sharon again – and not just because I adore and admire her so greatly. In The Scottsboro Boys, she played a silent character, moving poetically through the entire piece representing various women who supported the Scottsboro Boys and, finally, Rosa Parks. Now Sharon would have her voice. She was a master with the wisecracks written for her, but Sharon also brought a great vulnerability to the role, showing us the journey to acceptance Shelly knows she and her family will have to endure.

Alzheimer’s is a cruel disease. It generates an unimaginable stress for family, friends, and loved ones – watching a person disappear in front of you is devastating. Colman’s choice to bring light to this disease and its impact on families was admirable. He did it with a dignified tone and great humanity.

Colman and I shared a wonderful trust and respect in our collaboration. I wanted to do justice to his play, so we spoke at great length about each character’s emotional arc. We would connect each evening after rehearsal to talk about notes from the day – we were always on the same page.

In the show you witness an exercise that was created for caregivers to understand what it’s like to be a person with Alzheimer’s. Dotty gives each of her children a gift box with foggy goggles, pebbles for their shoes, rubber gloves and headphones. Her son Donnie suits up and proceeds to play the game, which asks him to respond to three tasks. He fails and, realizing what his mother is going through, breaks down in front of the family. In rehearsal, before we even staged that scene, each cast member took turns completing that exercise. It was a very emotional and moving experience. I also asked each cast member to share stories of their own family dynamics and childhood memories and we discussed how to apply that information to their characters.

One of the most poignant scenes in the play is when Dot slips into the past. She mistakes her son Donnie’s husband, Adam, for her own late husband. She and Adam (Colin Hanlon) sweetly slow dance around the living room to “Happiness Is a Thing Called Joe”. Donnie and Shelly look on in disbelief. It is simultaneously beautiful and heartbreaking. Ben Stanton’s lighting expertly captured the right mood of Dotty’s mind.

Even Colman’s choice of music throughout the play pulls on your heartstrings: “My Favorite Things”, “Unchain My Heart”, “Que Sera Sera”, “Sleigh Ride”, “The Happiest Christmas Tree”, and Judy Garland’s touching “Have Yourself A Merry Little Christmas”. And I will forever be grateful for Colman introducing me, a jazz aficionado, to a wonderful jazz pianist named Beegie Adair whose music was used as underscoring.

Our marvelous set designer Alan Moyer created two locations – a sunny kitchen for act one and for act two a cozy living room fully decorated for Christmas. The audience gasped when the curtain came up after intermission and there was an entirely new set on the tiny Vineyard stage. Alan dressed the set with real Philadelphia elements – a model of the Liberty Bell, a refrigerator magnet of the Philadelphia Zoo, a Charles Chips canister. Each cast member brought in their own ornaments to hang onto the big Christmas tree. They treated the set like their own family home.

Alan had found a reseller that specialized in Philadelphia paraphernalia. From there he sourced a painting for the living room that was popular in the Delaware and Pennsylvania area during the 60’s and 70’s. It depicted a country setting, with a rustic barn, a white horse, and a blacksmith. I was surprised when I looked up from the tech table and saw it hanging on the living room set. It was an exact replica of a painting my mother purchased from Kmart and hung in our living room. I remember it well because once, as a kid, I was laying on the sofa blowing soap bubbles into the air. The bubbles found their way onto the painting and made a stain. She was so upset and I felt terrible. After my folks died, my sister, who still lived in the area, cleaned out the house and tossed that painting onto a trash heap. During a break, I walked onstage to get a better look. As I got closer, I simply could not believe it – I could see the marks from the bubble blowing incident! Somehow that painting went from a trash heap in Wilmington, Delaware to the Vineyard Theatre! I thought it was a good omen.

Kara Harmon did a fabulous job with the costumes – she captured each character’s personality beautifully – especially Averie, whose claim to fame was being on a reality TV show and now lives in the basement of Shelly’s house. Libya V. Pugh knew how to enter a room – sparkling miniskirts, thigh high boots, and flowing blond curls. Her Averie was rollicking fun and full of delightful energy.

The genius of Colman’s play is that he is not only addressing the issue of Alzheimer’s, but he’s also tapping into many other social topics such as immigration, midlife crisis, interracial relationships, unrequited love, and out-of-wedlock pregnancy. And somehow, he is able to address all these social issues not only grace, but, humor.

I loved this cast and could not wait to see them each time I set foot in the theater. This incomparable cast made Colman’s radiant characters come joyously and thoroughly to life.

I felt blessed to have had the opportunity to direct Dot. It is an intelligent and important play. It’s rare you are able to be a part of a play or musical that you know the audience will keep talking about well after they’ve left the theater. What I took away from the experience of mounting Dot and seeing it onstage, was love. Love between the actors and creatives and love onstage between the family of characters. And when one is coping with a diagnosis of Alzheimer’s, where someone begins to fade, love is what remains. What remains is love. 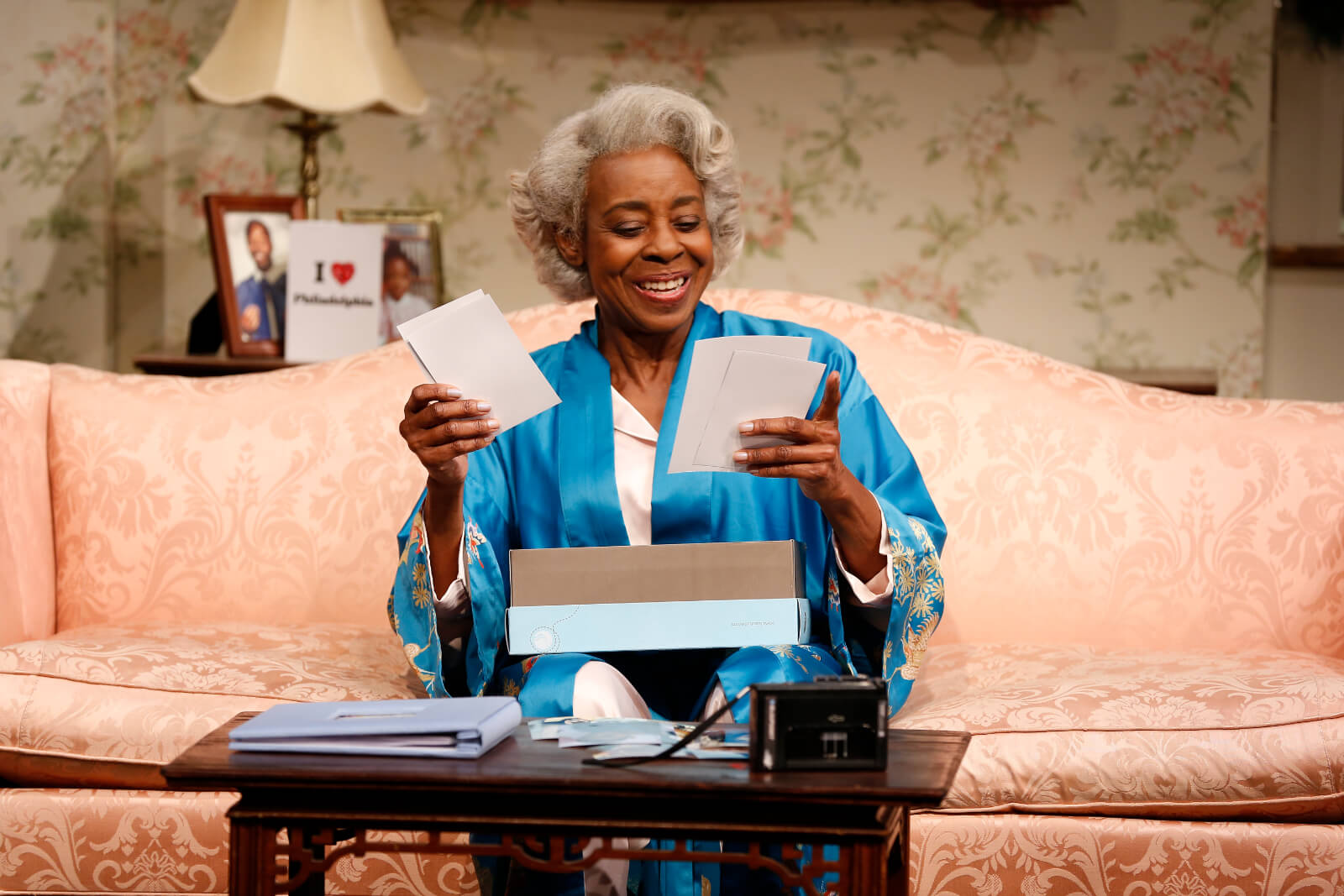 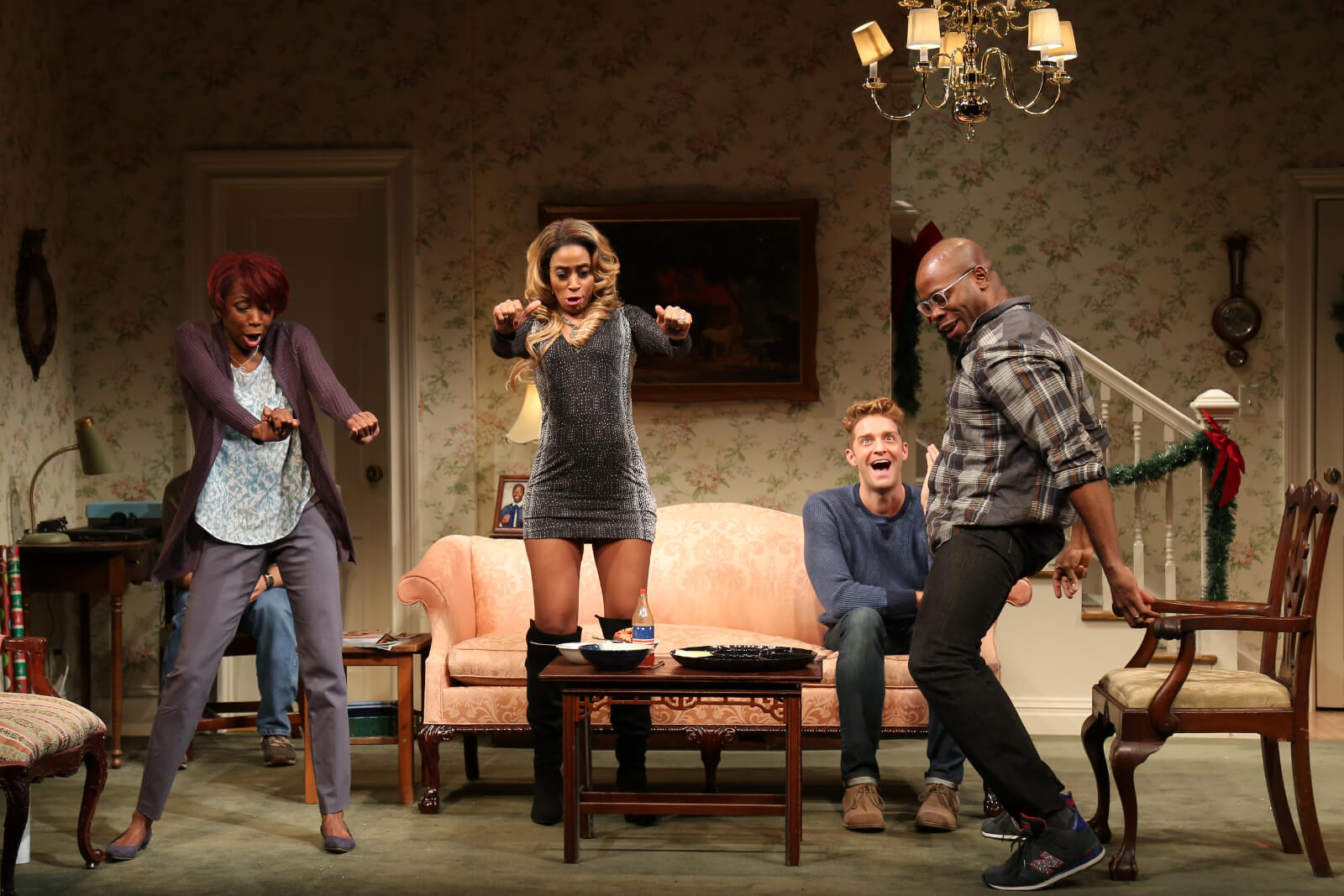 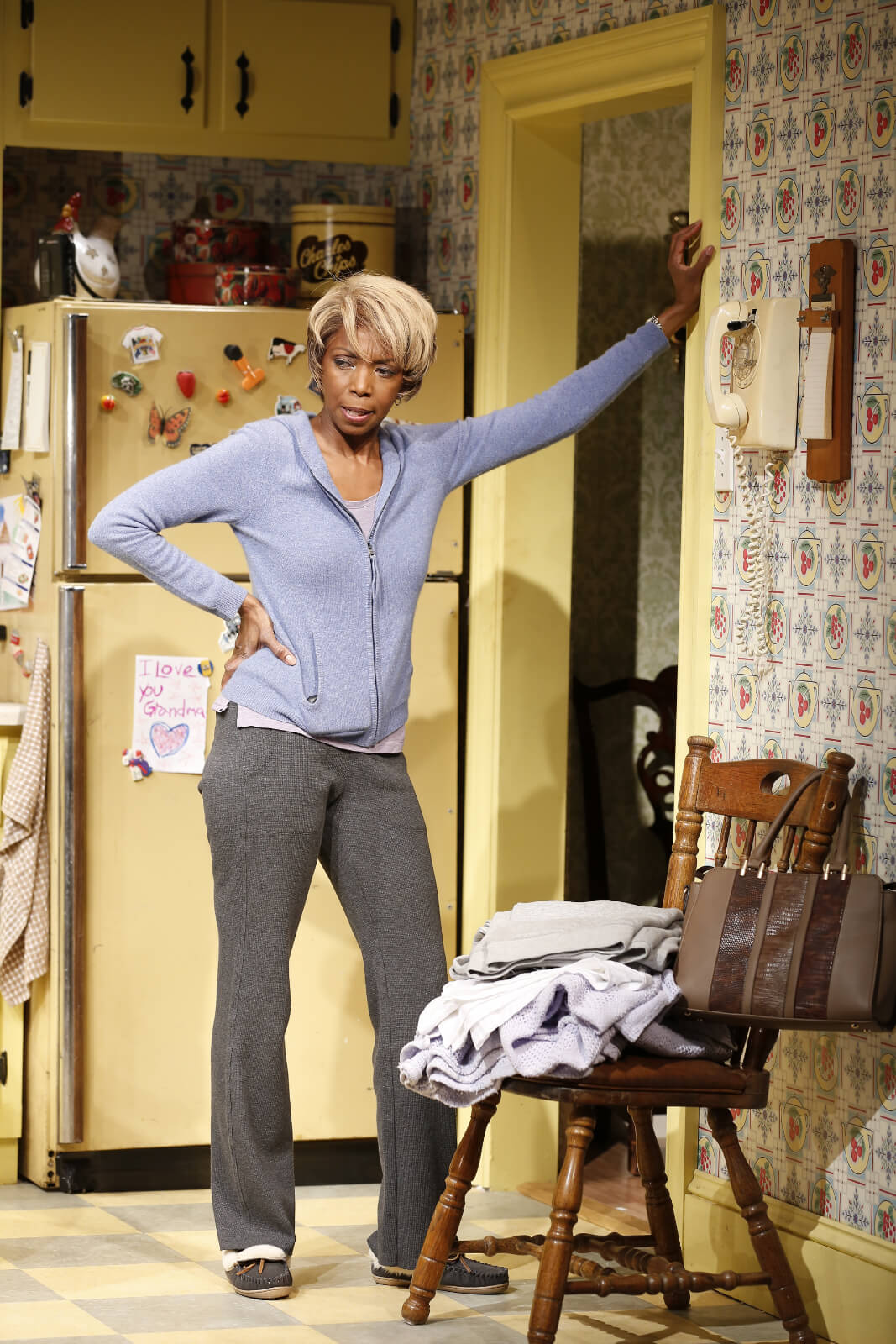 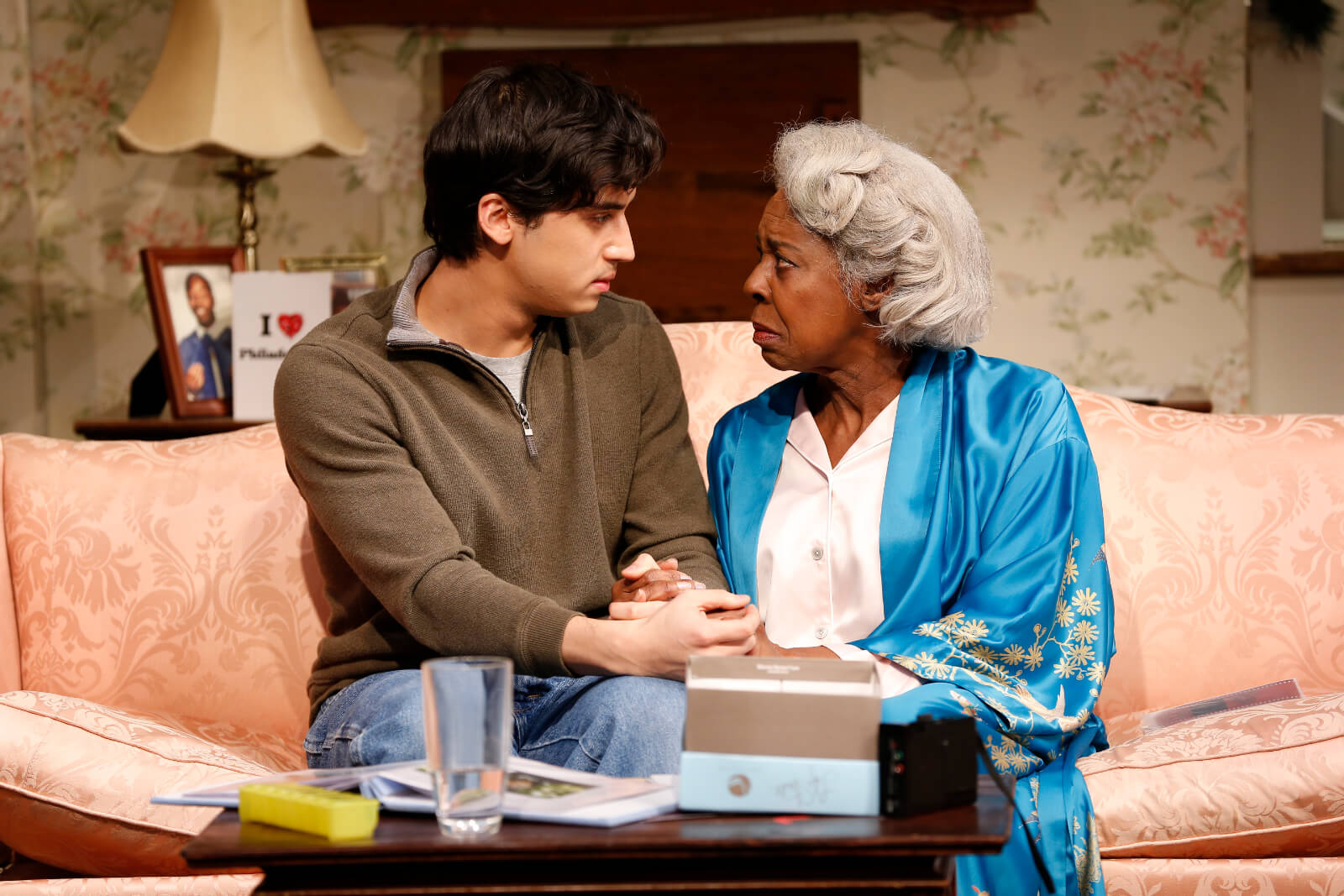 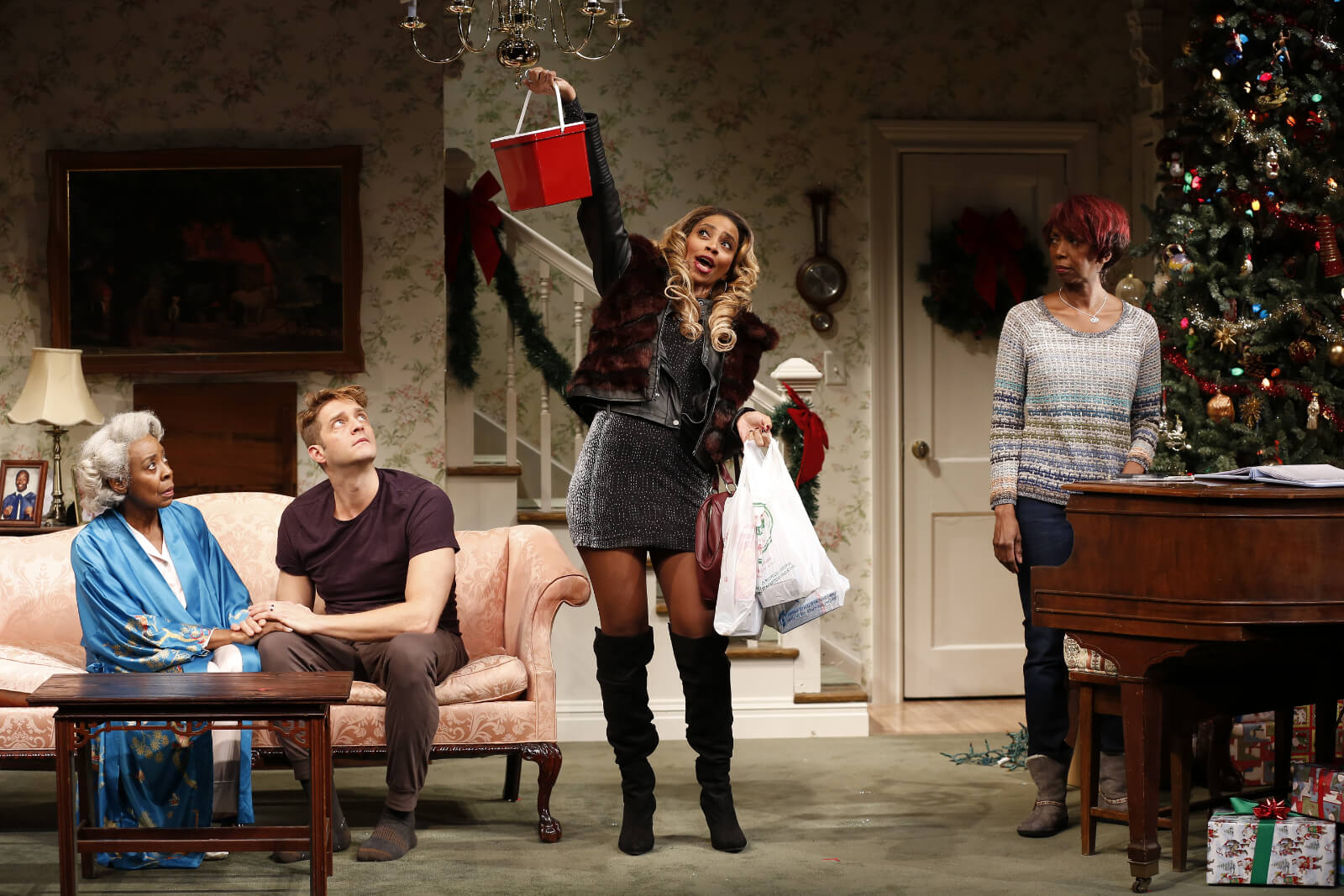 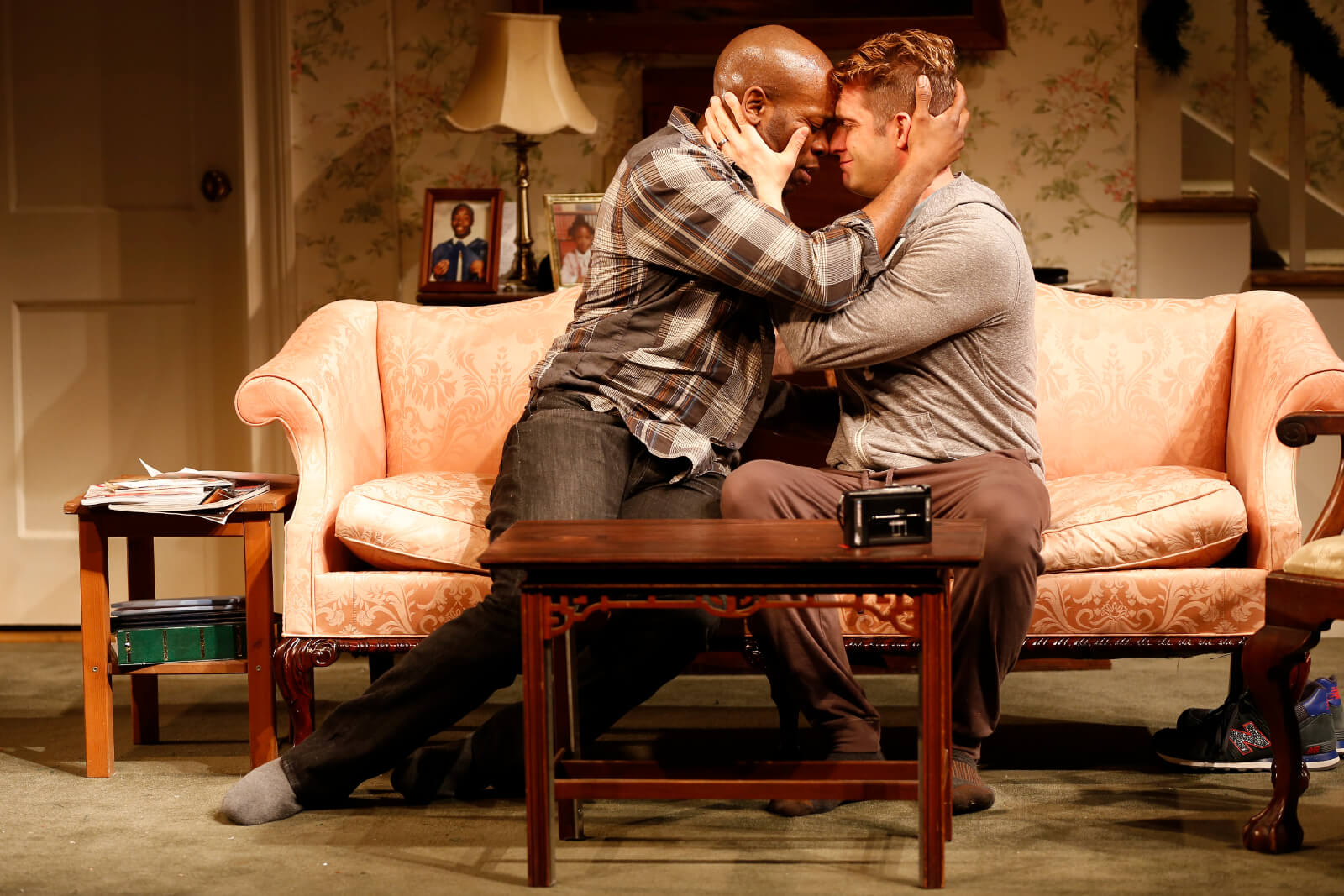 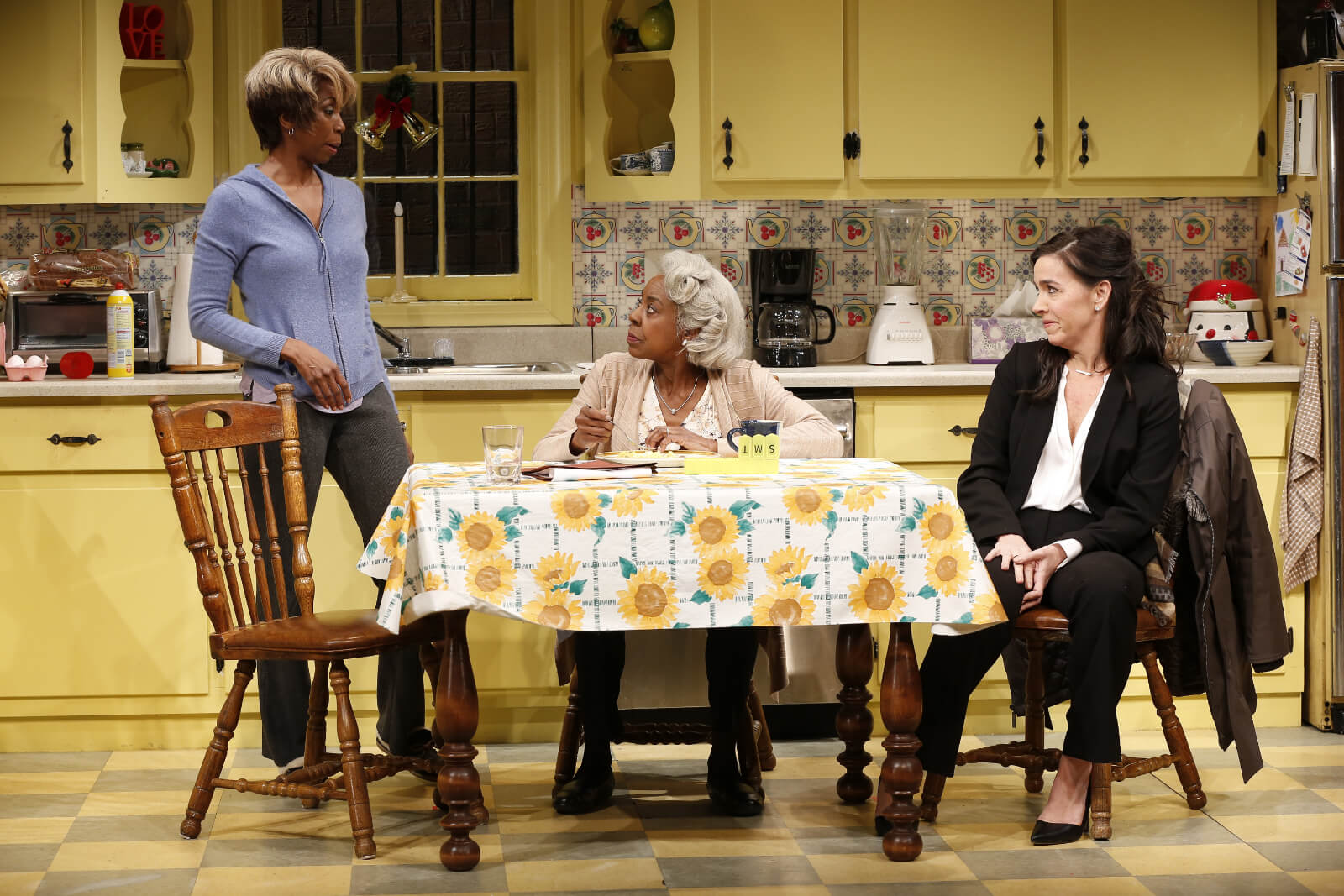 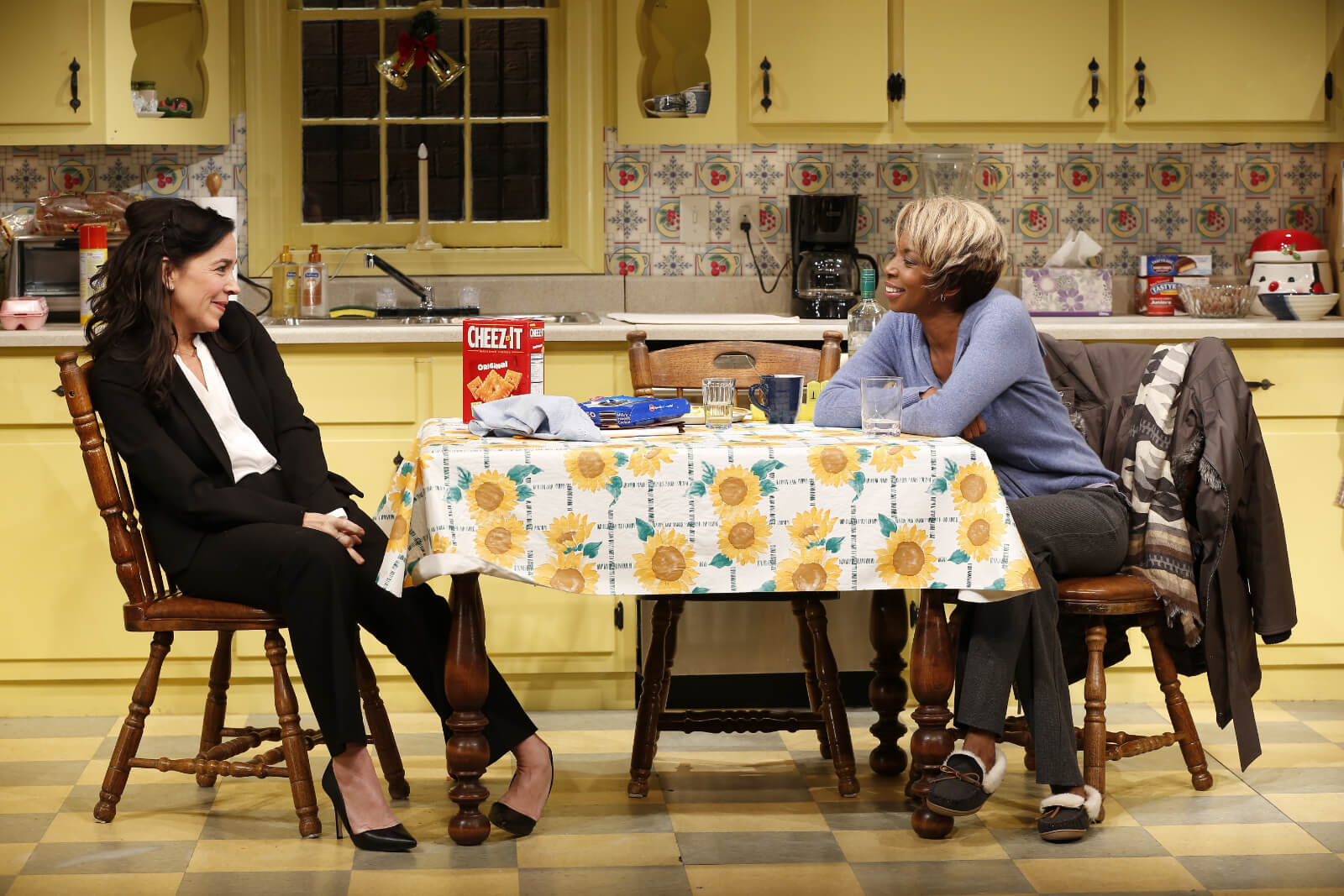 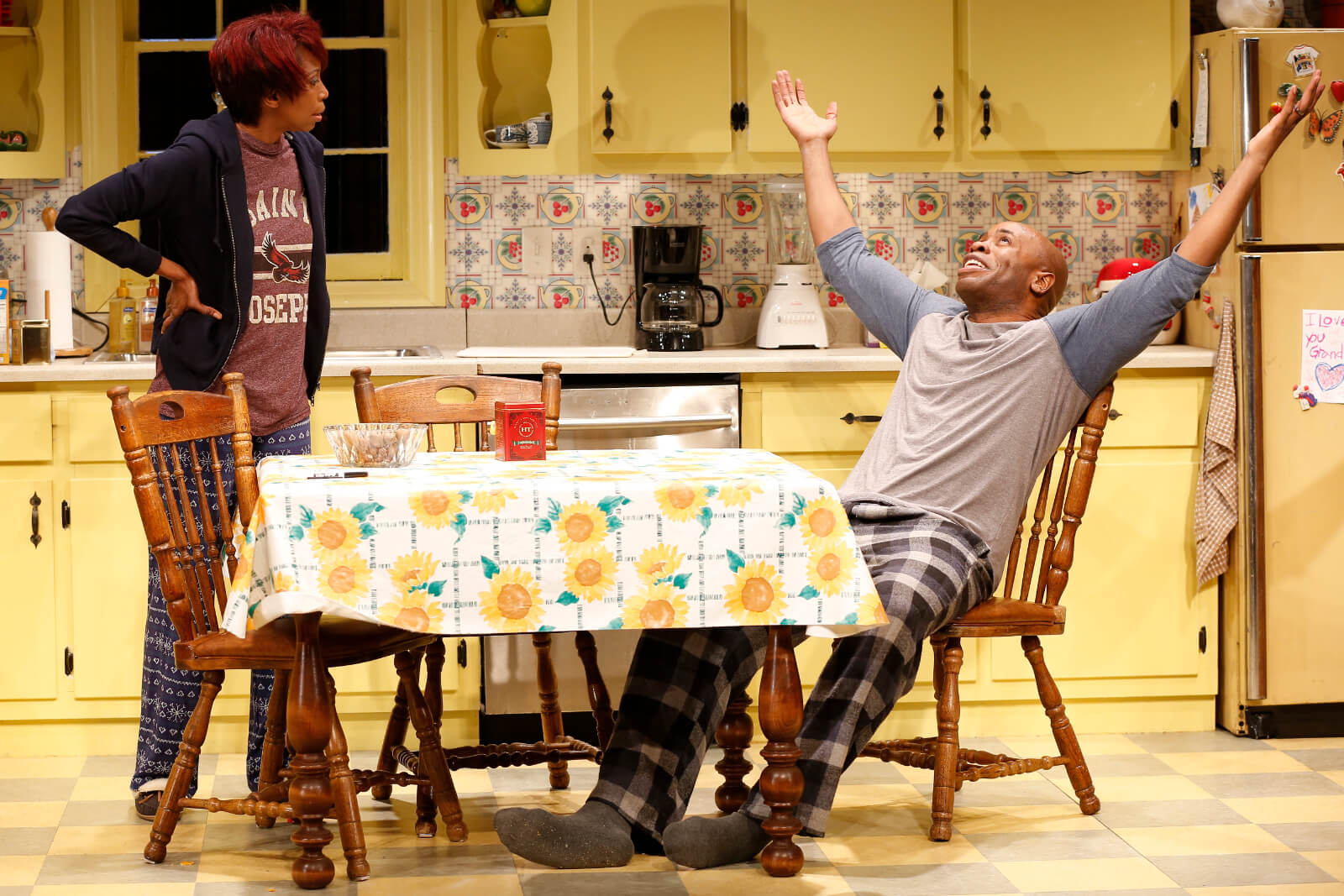 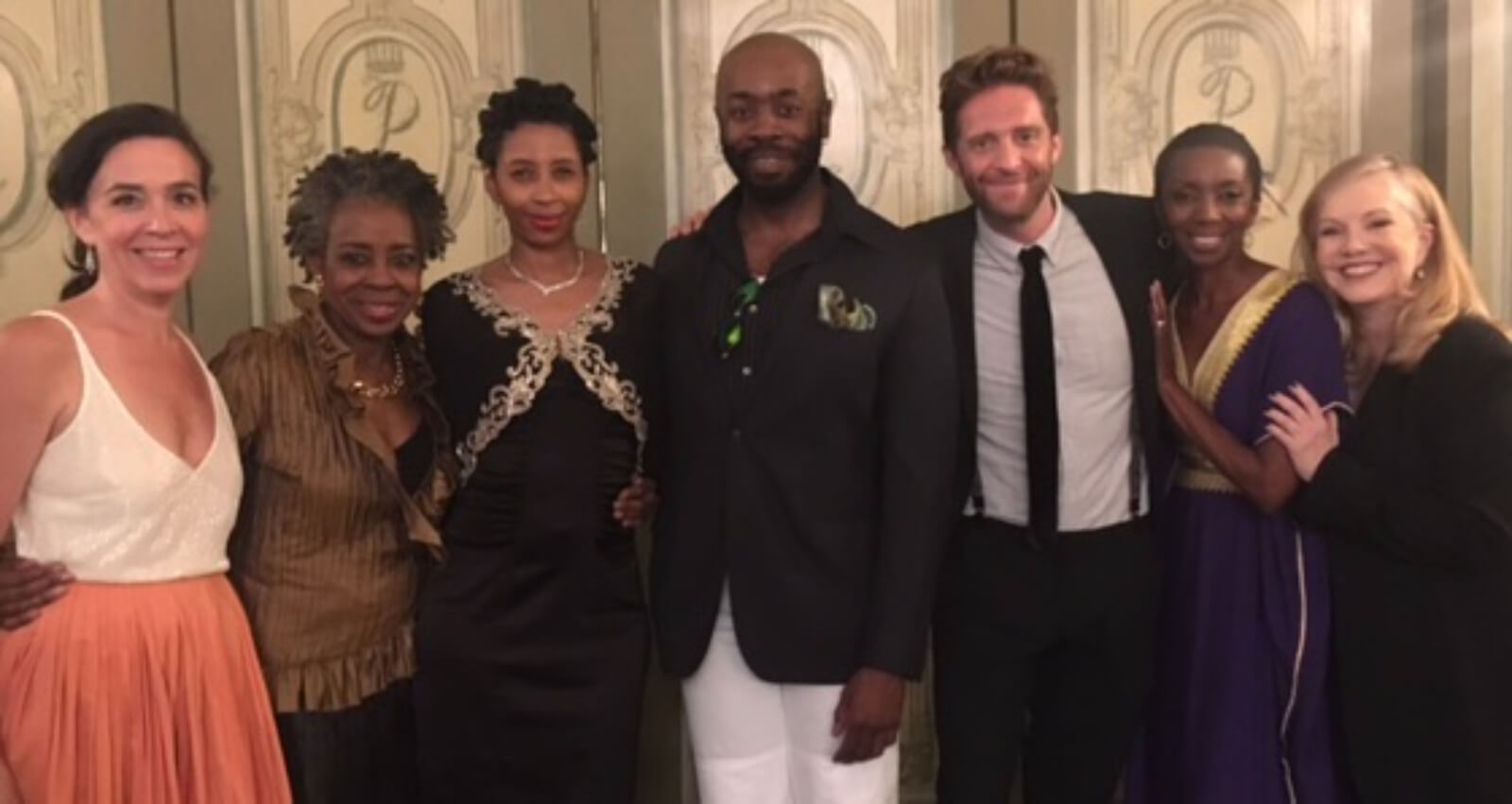 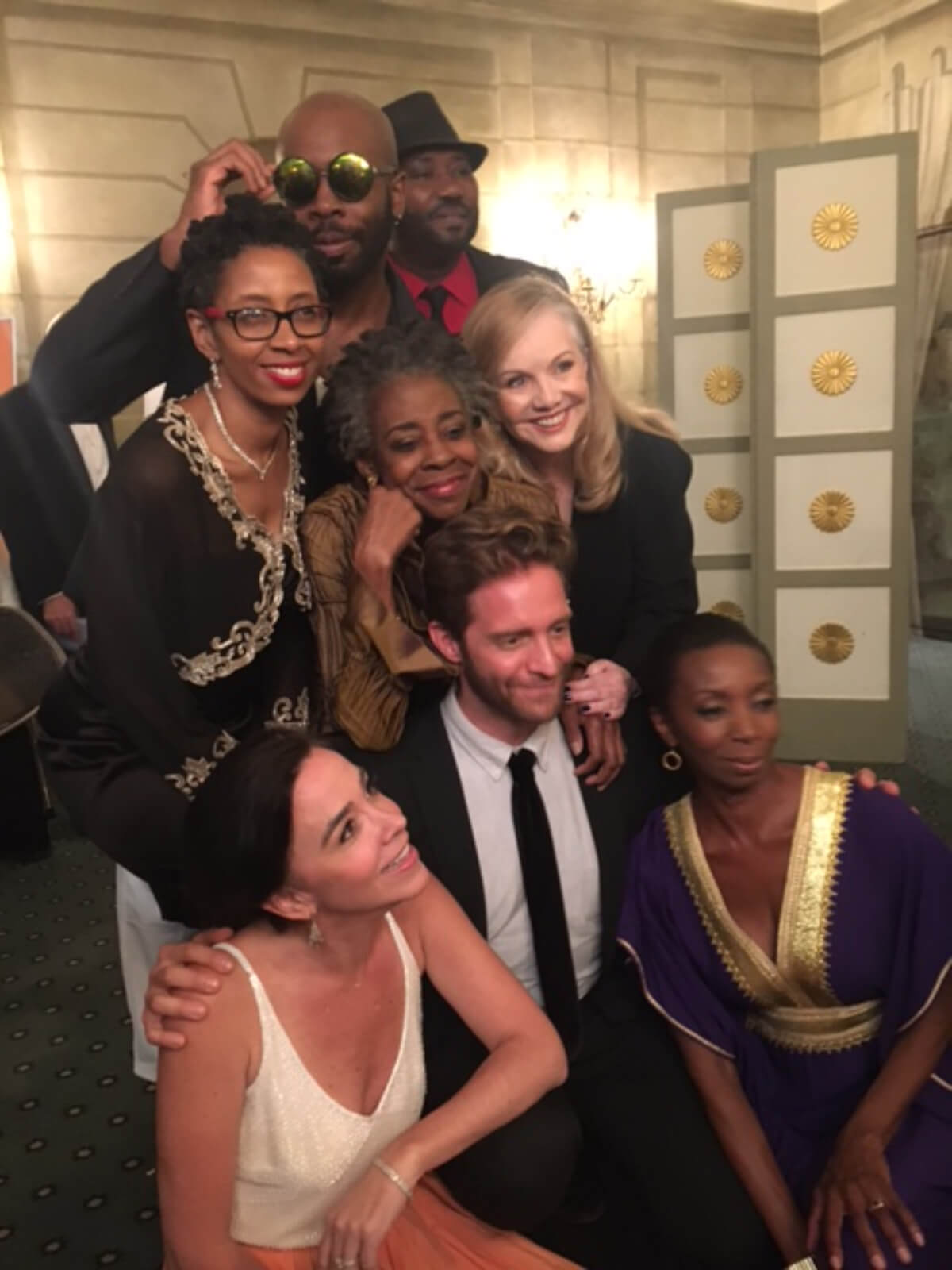 Susan Stroman with the full cast from Dot. 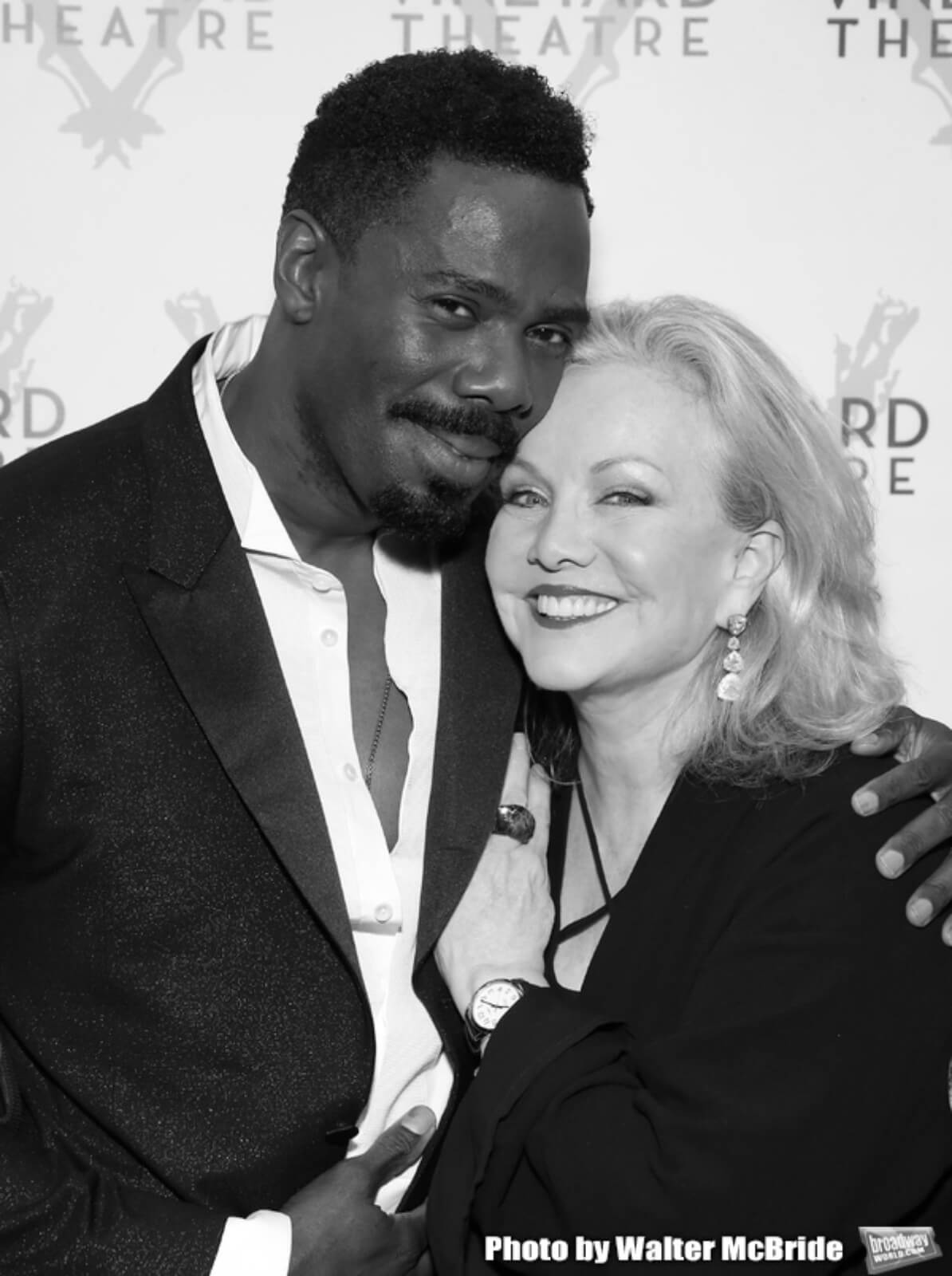 Colman Domingo, Playwright of Dot, with Susan Stroman at The Vineyard Theatre. 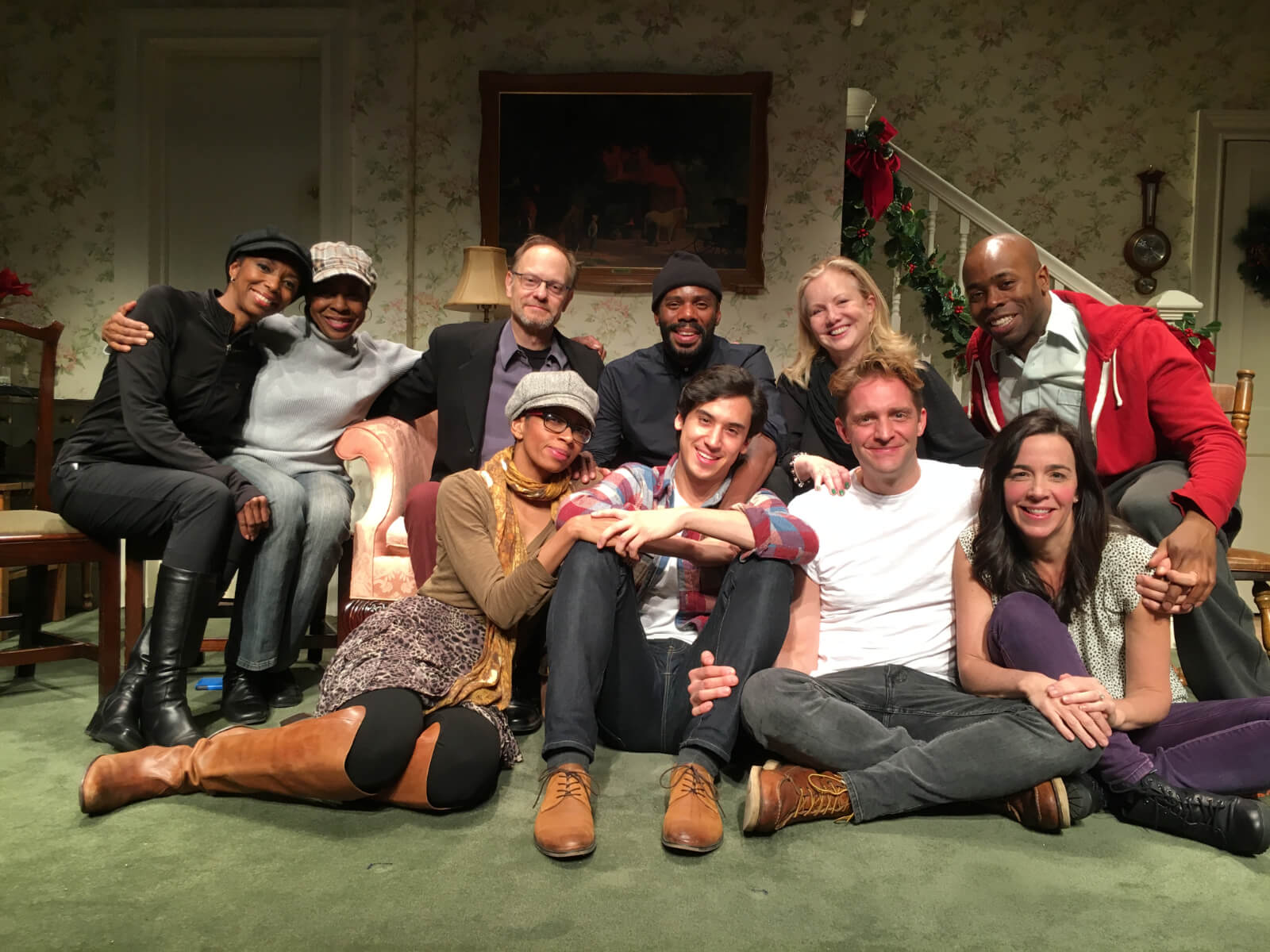 Moderator David Hyde Pierce, Writer Colman Domingo, Director Susan Stroman, and the cast of Dot on the stage of The Vineyard Theater. 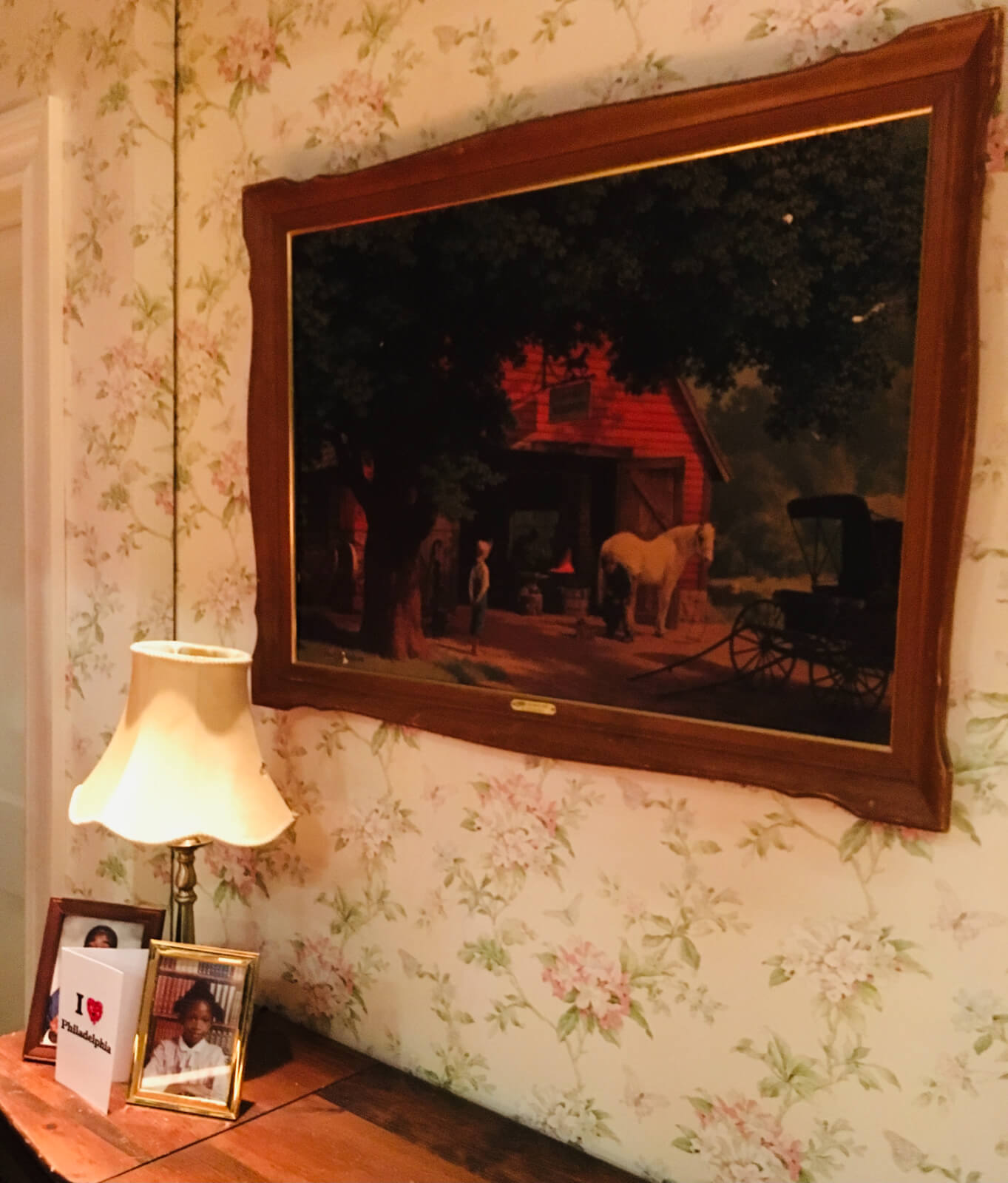 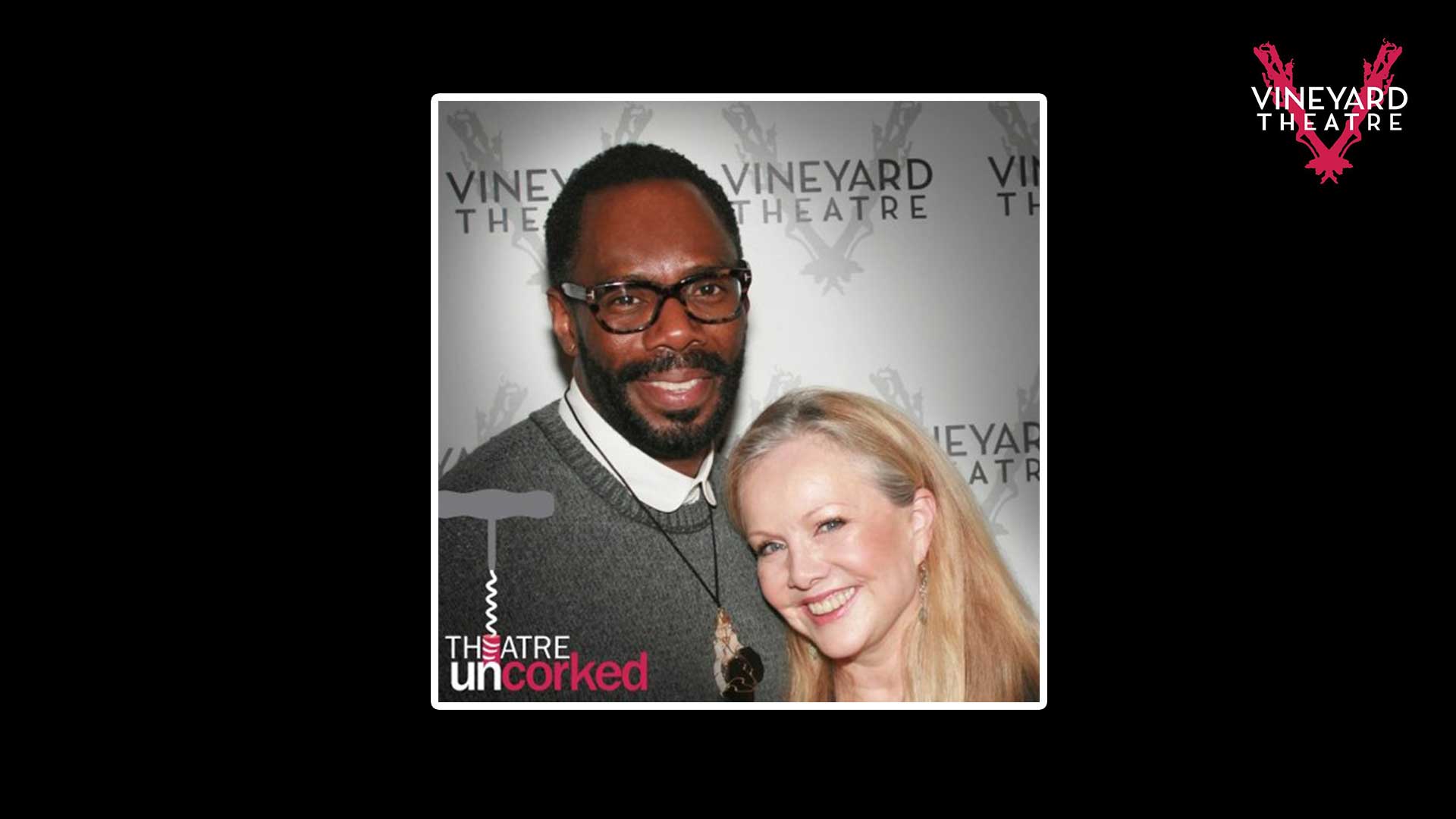