Picnic is a Pulitzer Prize-winning play written by the American playwright and novelist William Inge. A family drama that takes place in a quaint Kansas town, the action occurs mainly in the backyard with visiting neighbors and friends – a real slice of life in a small town where everyone knows your business. When a handsome drifter named Hal steps into this backyard, he disrupts the lives of young Madge and the other townswomen.

Director Scott Ellis asked me to choreograph this play for the Roundabout Theater and I was delighted. I was very familiar with the movie – the steamy dance between the two lead characters, Hal and Madge, has remained clear in my memory.

Scott Ellis moved the time period to the 1930’s. There are several instances where various characters reference music – piano music, radio music, band music. Scott wanted to honor these references and seize the opportunity to have the characters dance. Through dancing, real dramatic conflicts can begin to exist. Scott asked the talented musician Louie Rosen to create the music. Together, Louie and I worked on the tempo and mood needed to accentuate the time period and illuminate the characters’ longings.

I used a dance familiar to the 1930’s called The Shag. It’s an early form of swing dancing and can become very sensual. The term shag is slang for having sex and it seemed like the perfect dance to do on this hot summer night in Kansas.

I had a tremendous time teaching it to everyone. I adored the accomplished actresses in the show – Debra Monk, Anne Pitoniak, Polly Holliday. They could not wait to rehearse The Shag! A lot of laughs were had as we swayed our hips to and fro in Tony Walton’s wonderfully designed backyard.

Our lead characters, Ashley Judd and Kyle Chandler, danced with restrained passion and, as actors, embraced the chance to have the subtext of their desires on view.

Scott Ellis did a marvelous job directing the cast. You felt the strength and vulnerability of each character. It was like you were spying on your next-door neighbors. Real human emotions, even the quiet ones, were always evident. He achieved the poignant discoveries in highlighting the lives of ordinary people.

The story of Picnic makes us examine our own desires for love and longing. In the end, it’s about following one’s heart and the ramifications of that choice – taking a chance and running away. I have seen the play and movie now several times and I still always wonder if Madge will run off with Hal in the end. She always does. And long after the play is over, I always wonder “How is it working out?” 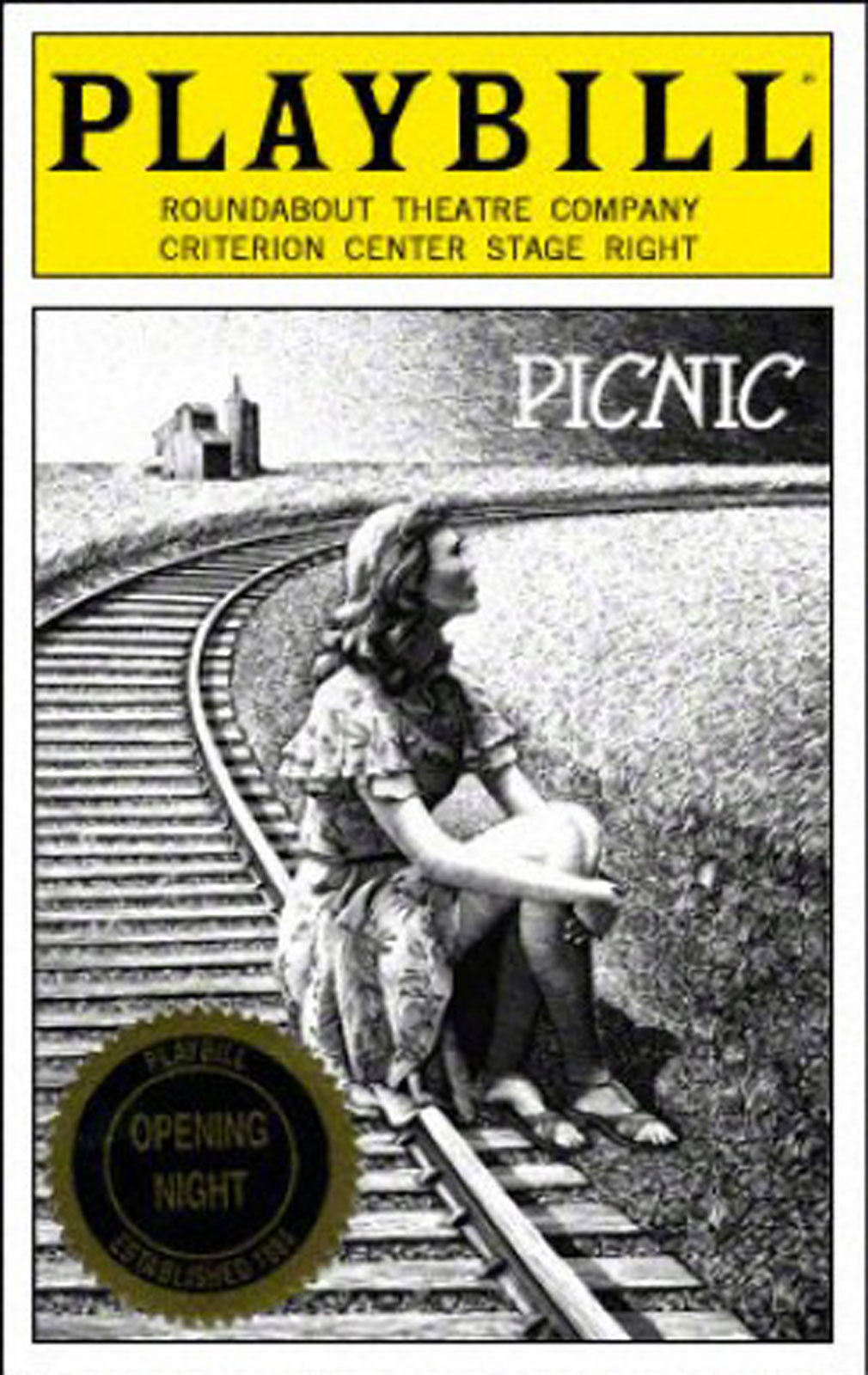 The official Opening Night Playbill of Picnic on Broadway. 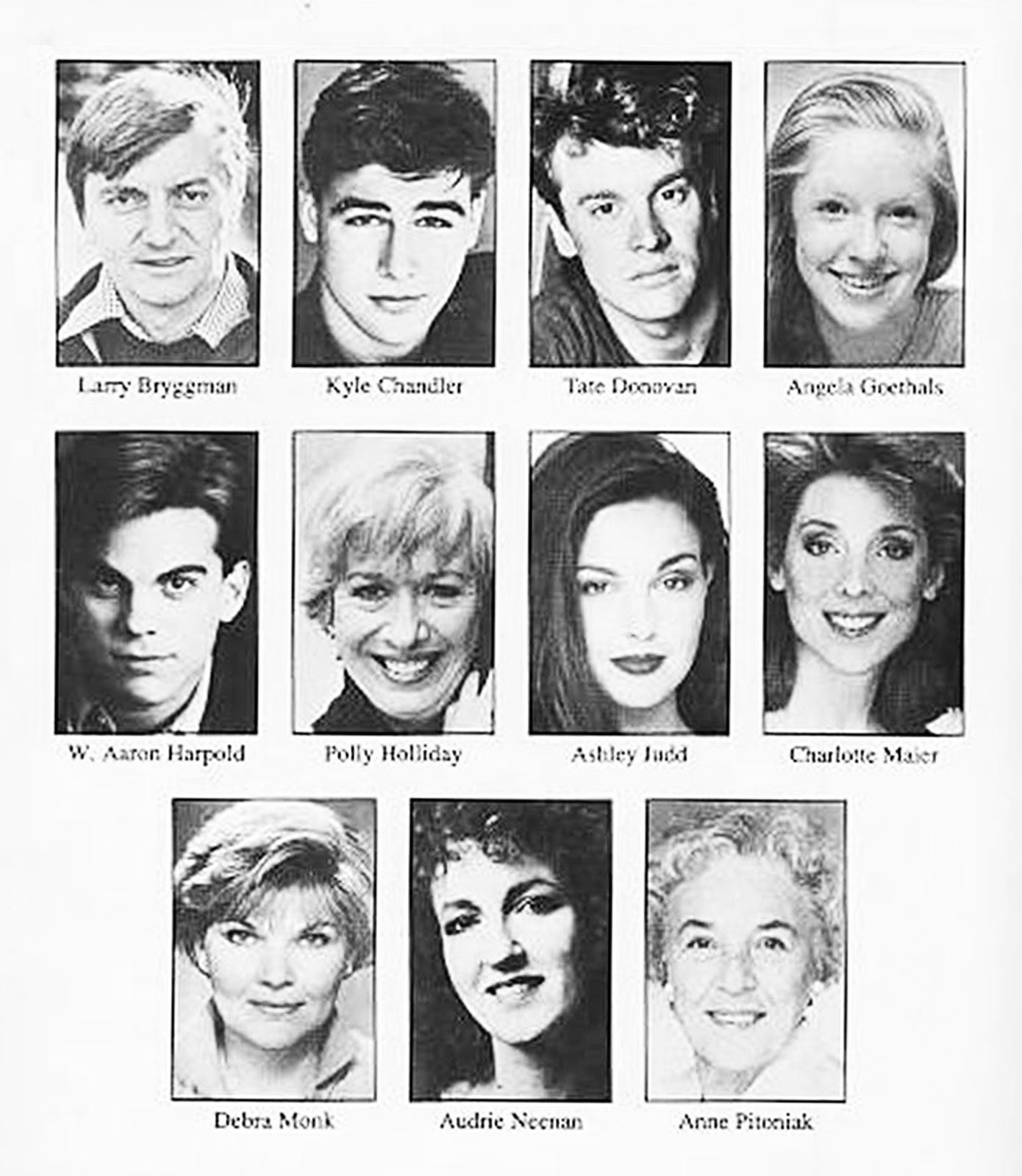 The Opening Night cast of the 1994 Broadway production of Picnic. 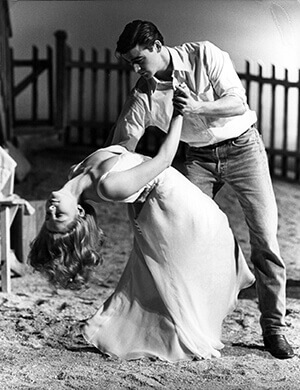